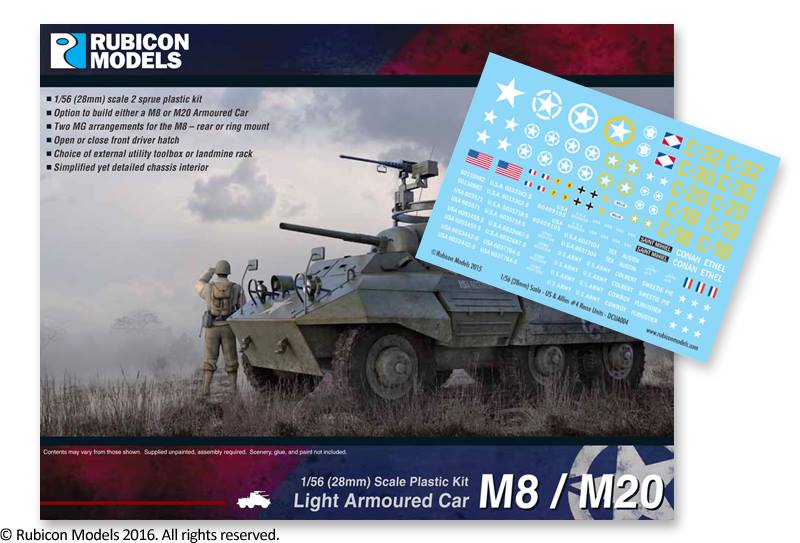 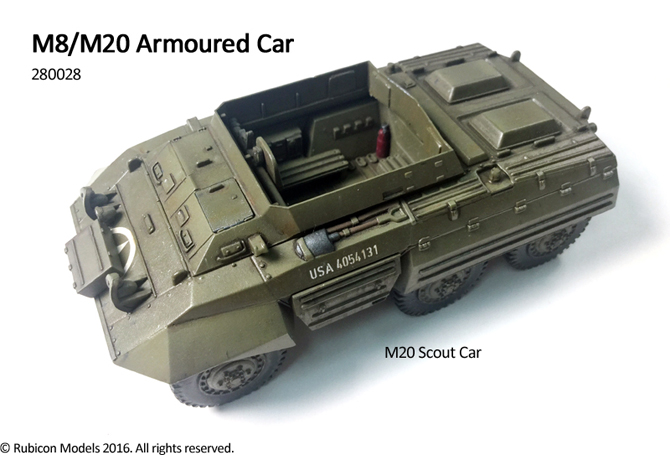 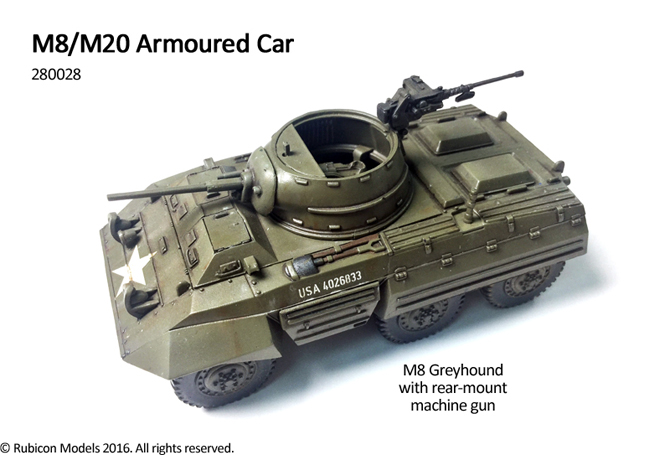 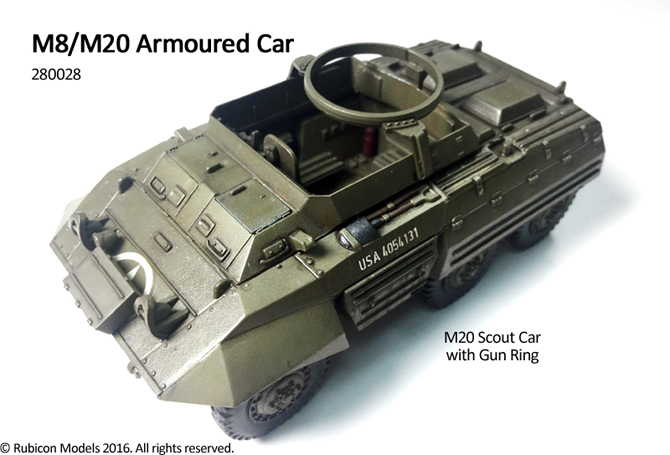 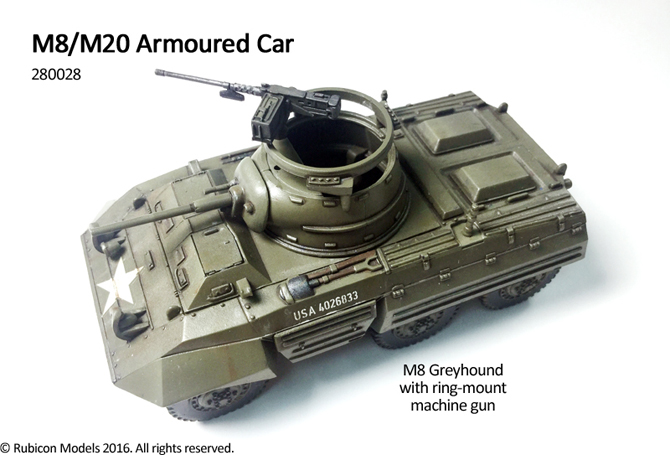 The M8 Light Armoured Car, the “Greyhound”, entered combat service with the Allies in 1943.  It was purpose designed to serve as the primary basic command and communication combat vehicle of the US Cavalry Reconnaissance Troops.  The M8 first saw action in Italy in 1943 and was used by the US Army both in Europe and in the Far East.  In the latter theatre, it was used mostly on Okinawa and the Philippines, and was occasionally employed in tank destroyer role as most of the Japanese armour was vulnerable to its 37 mm gun.  Between March 1943 and June 1945, a total of 8,523 units were built.

The M20 Armoured Utility Car, also known as the M20 Scout Car, was a Greyhound with the turret replaced with a low, armoured open-topped superstructure and an anti-aircraft ring mount for a .50-in M2 heavy machine gun.  A bazooka was provided for the crew to compensate for its lack of anti-armour weaponry.  The M20 was primarily used as a command vehicle and for forward reconnaissance, but many vehicles also served as armoured personnel carriers and cargo carriers.  It offered high speed and excellent mobility, along with a degree of protection against small arms fire and shrapnel.  When employed in the command and control role, the M20 was fitted with additional radio equipment.  A total of 3,680 M20s were built by Ford during its two years in production (1943–1944).

After the war, the M8 was used for occupation duty; it also saw combat in the Korean War, being retired by the US Army shortly thereafter.  In French use, the M8 was used during the Indochina War (1946–1954) and Algerian War (1954–1962).  Many vehicles formerly used by the US, Britain and France were exported to NATO allies and third world countries.  As of 2002, some still remained in service in Africa and South America.

- Option to build either a M8 or M20 Armoured Car

-  Two MG arrangements for the M8 – rear or ring mount