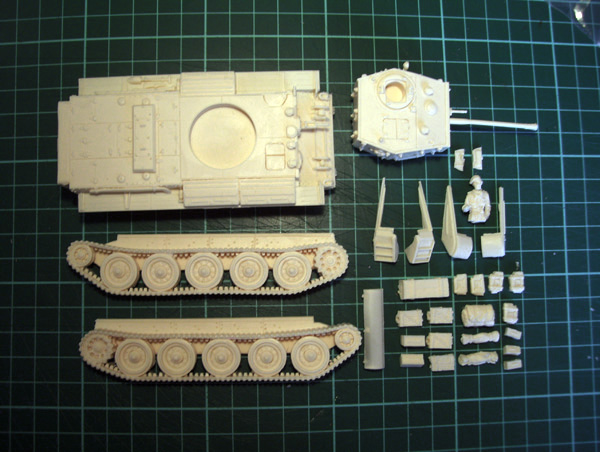 The Cromwell was based on the Centaur with a much improved engine and suspension and, with the Mk IV and V, a more powerful 75mm gun. By the time the Mk IV entered production in 1943, and first saw action the following year, its lack of firepower became apparent though it served well in an armoured recon role owing to its speed and manoeuvrability. Cromwells were also used by the 1st Polish Armoured Division and Czech Armoured Brigade.