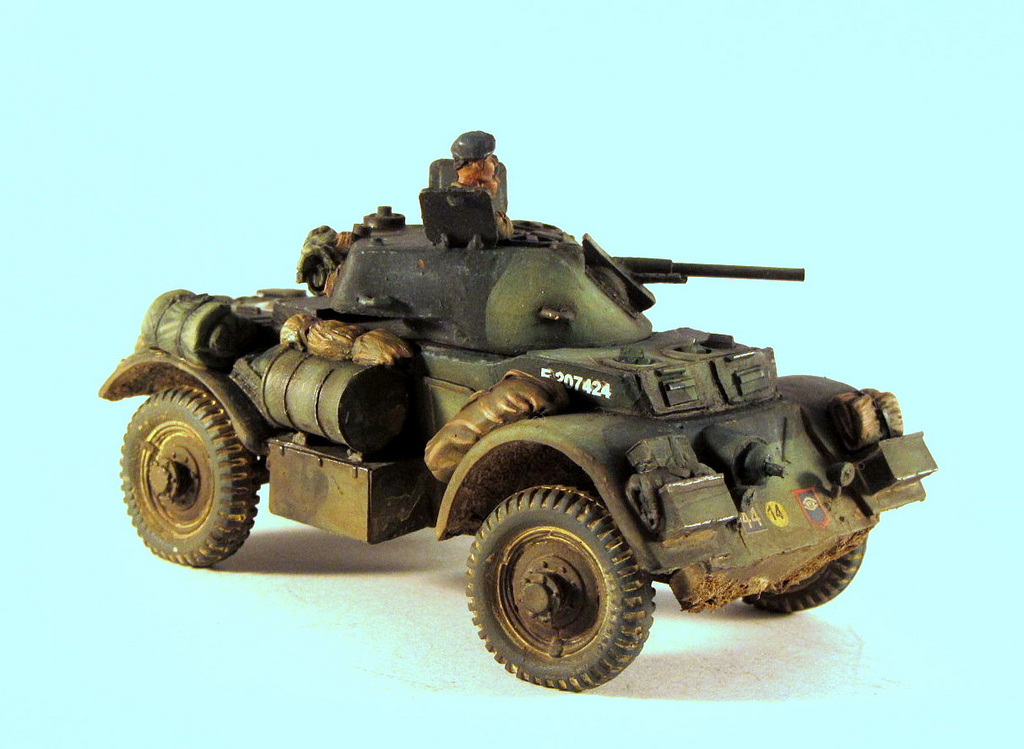 Developed in the US, the T17 and T17E1 were rejected by the US Army as the M8 was deemed sufficient. At the time of its development, the British Army was also seeking a medium armoured car for service in North Africa. Designated Staghound, it arrived too late to serve in North Africa and first saw action in Italy. It was armed with a 37mm gun and two machine guns. This superb kit comes with extra stowage - jerry cans, ammo crates, bedrolls - and two crew.

The tank featured has been painted by Neil at "Troop of Shewe", the basic kit has been added to with a few custom pieces of stowage and a Bolt Action crewman. For a better look at the incredible tanks and vehicles that Neil has produced have a look at his website, link below. http://www.troop-of-shewe.co.uk/