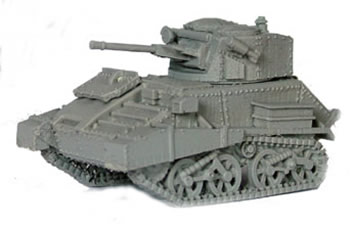 Like many of its predecessors, the Mark VI was used by the British Army to perform imperial policing duties in British India and other colonies in the British Empire, a role for which it and the other Vickers-Armstrongs light tanks were found to be well suited.