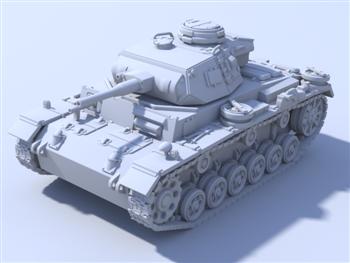 The Panzer III became obsolete in this role and for most purposes was supplanted by the Panzer IV. From 1942, the last version of Panzer III mounted the 7.5 cm KwK 37 L/24, better suited for infantry support. Production of the Panzer III ended in 1943. However, the Panzer III's capable chassis provided hulls for the Sturmgeschütz III until the end of the war. Weight 180g for postage purposes. See Customer Service page for details of postage charges.