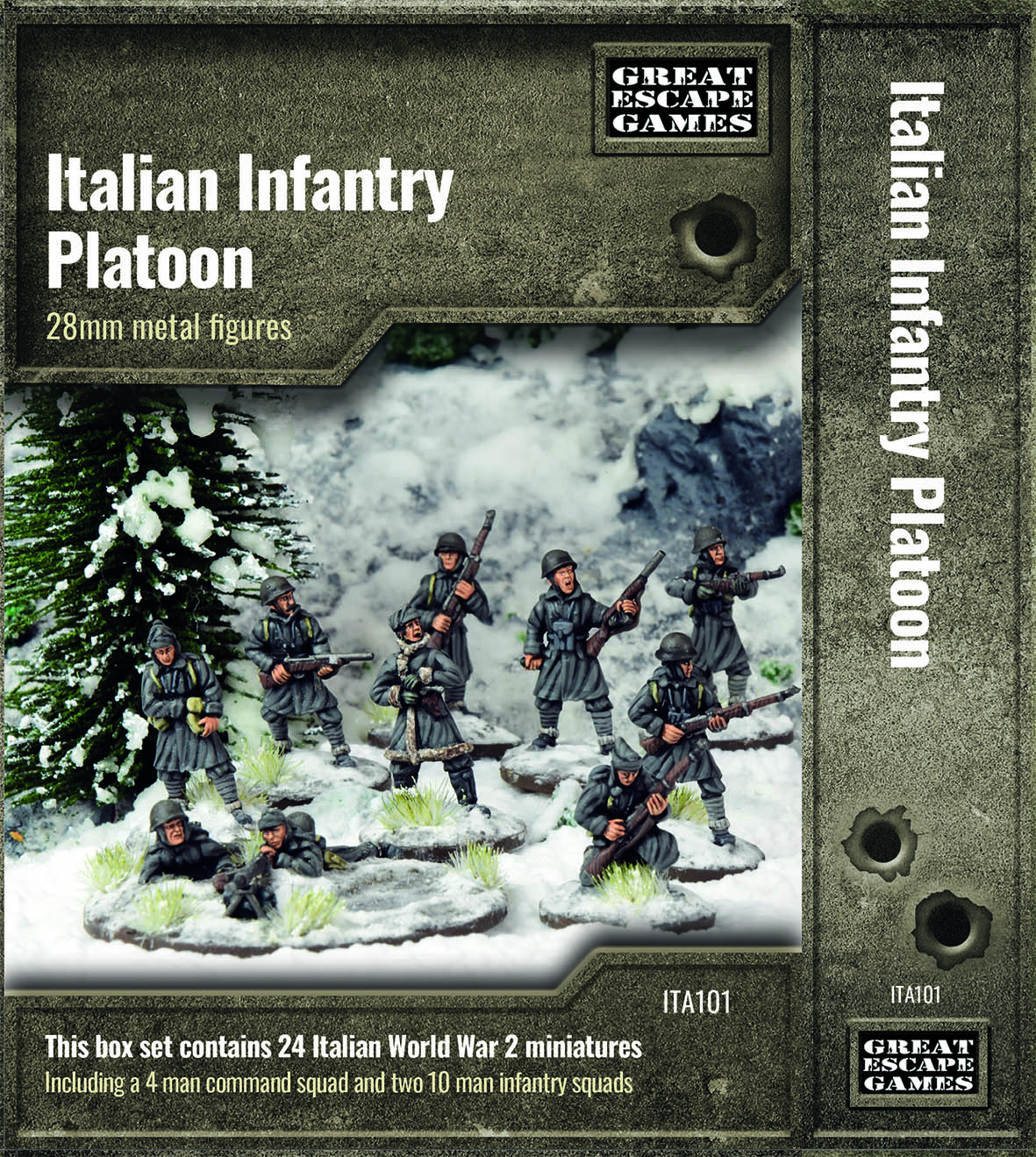 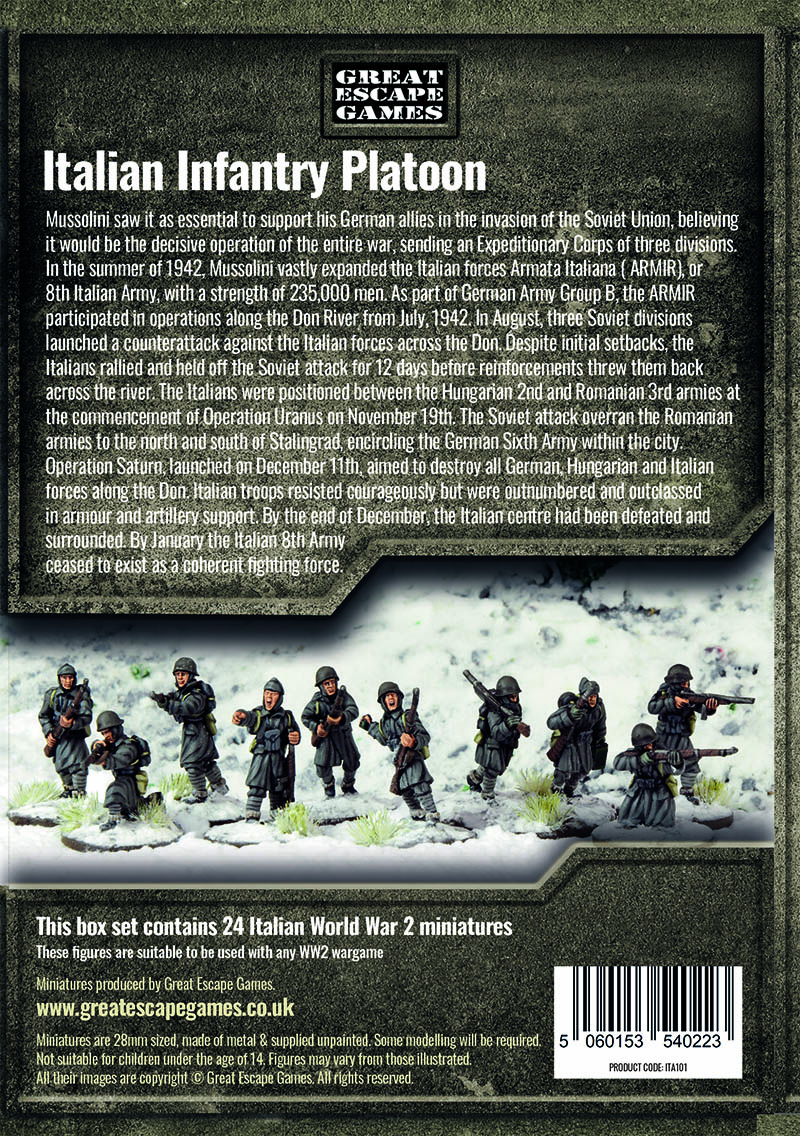 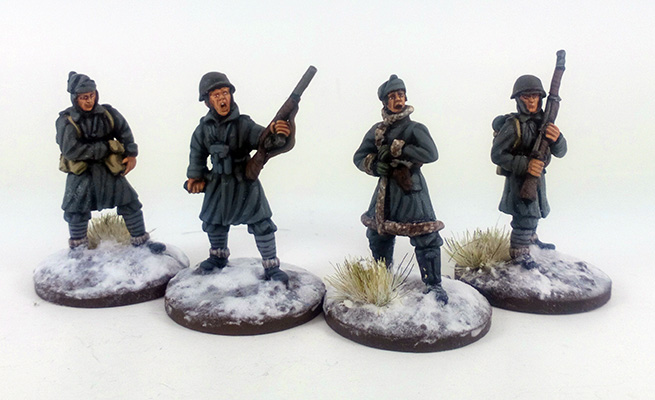 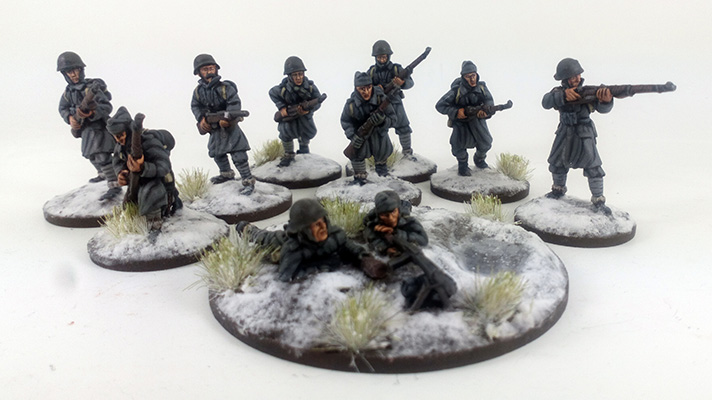 These figures represent an infantry platoon of the Italian Army of WW2 in winter uniforms. Suitable for any period of WWII.

Mussolini saw it as essential to support their German allies in the invasion of the Soviet Union, believing it would be the decisive operation of the entire war, sending an Expeditionary Corps of three divisions. In the summer of 1942, Mussolini vastly expanded Italian forces Armata Italiana ( ARMIR), or 8th Italian Army, with a strength of 235,000 men.

As part of German Army Group B, the ARMIR participated in operations along the Don River from July, 1942. In August, three Soviet divisions launched a counterattack against Italian forces across the Don. Despite initial setbacks, the Italians rallied and held off the Soviet attack for 12 days before reinforcements threw them back across the river.

The Italians were positioned between the Hungarian 2nd and Romanian 3rd armies at the commencement of Operation Uranus on November 19th. The Soviet attack overran Romanian armies to the north and south of Stalingrad, encircling the German Sixth Army within the city.

Operation Saturn, launched on December 11th, aimed to destroy all German, Hungarian and Italian forces along the Don. Italian troops resisted courageously but were outnumbered and outclassed in armour and artillery support. By the end of December, the Italian centre had been defeated and surrounded. By January the Italian 8th Army ceased to exist as a coherent fighting force.