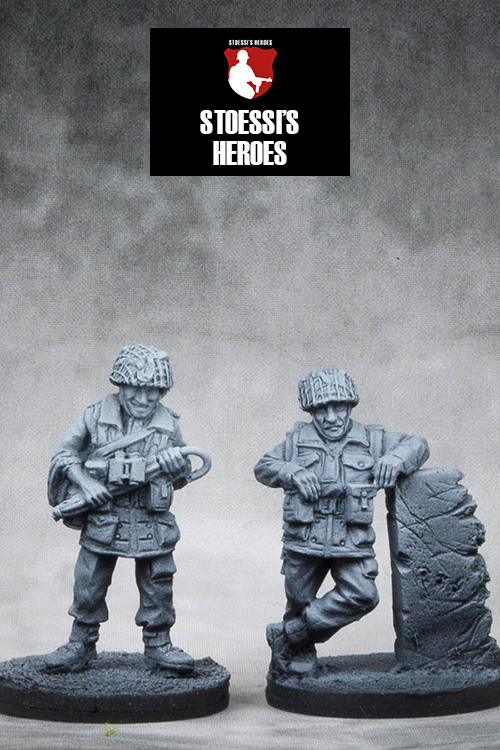 British Paratrooper Lt. Col and Major in 28mm – great for Bolt Action and other WW2 wargames.
This miniature is cast in white metal* and shipped without a base.

Material: White Metal
# of parts: 3
Note: The miniature comes unpainted and requires assembly.
* NOTE ON SAFETY – THIS IS NOT A TOY AND NOT SUITABLE FOR CHILDREN UNDER THE AGE OF 14. CONTAINS SMALL PARTS THAT MAY BE HARMFUL IF CHEWED OR SWALLOWED.