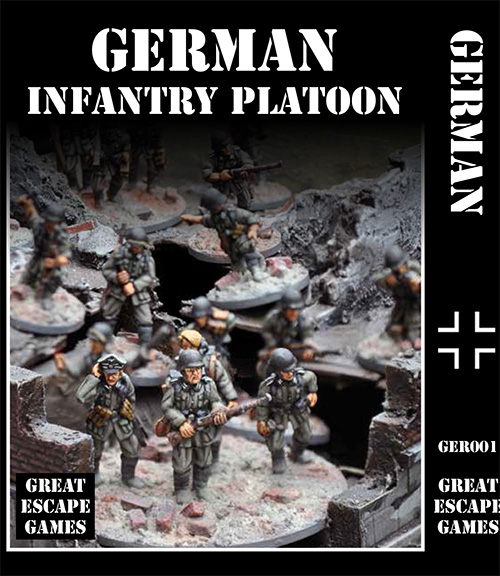 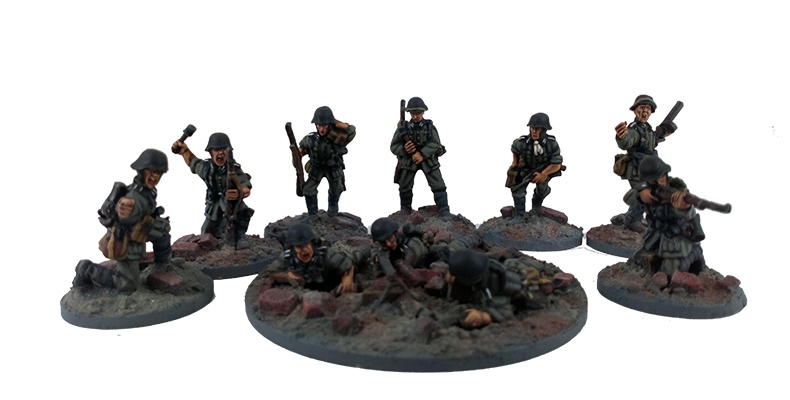 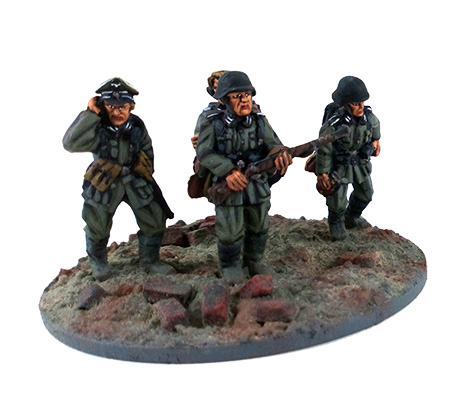 These figures represent an infantry platoon of the German Army of WW2 in summer uniforms. Suitable for any period of WWII.

Operation Case Blue commenced in late July, 1942, with the strategic objective of knocking the Soviets out of the war. Army Group A was tasked with the capture of vital oilfields in the Caucasus while Army Group B advanced along the Don River towards the Volga and covered their flank.

Hitler insisted on the necessity of the capture of Stalingrad and assigned elements of the powerful Army Group B to this operation. On August 23rd, 1942, the German Sixth Army reached the outskirts of Stalingrad in pursuit of retreating Soviet forces. With total aerial domination, the city was reduced to ruins and the Volga made virtually impassable.

Within weeks the defenders were pressed against the Volga in savage, close quarter fighting for every house, factory, basement and sewer. The Germans dubbed this warfare “Rattenkrieg” ("Rat War”). By October, the most concentrated fighting had shifted to the city’s industrial district and the massive factories - the Dzershinzky Tractor Works, the Red October Steel Plant and the Red Barricades Factory. By November, the German Sixth Army had suffered over 60,000 casualties.

With winter approaching, and with the fall of Stalingrad within their reach, the German High Command failed to discover a massive build up of enemy strength to the north and south of the city.