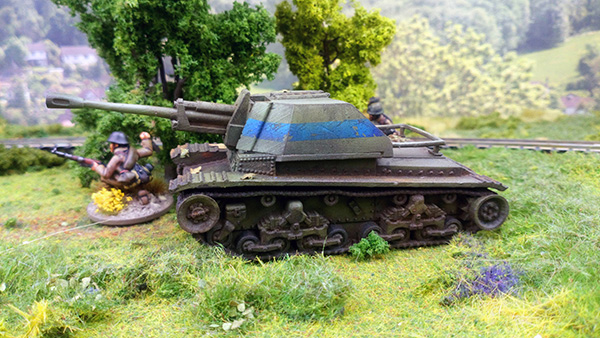 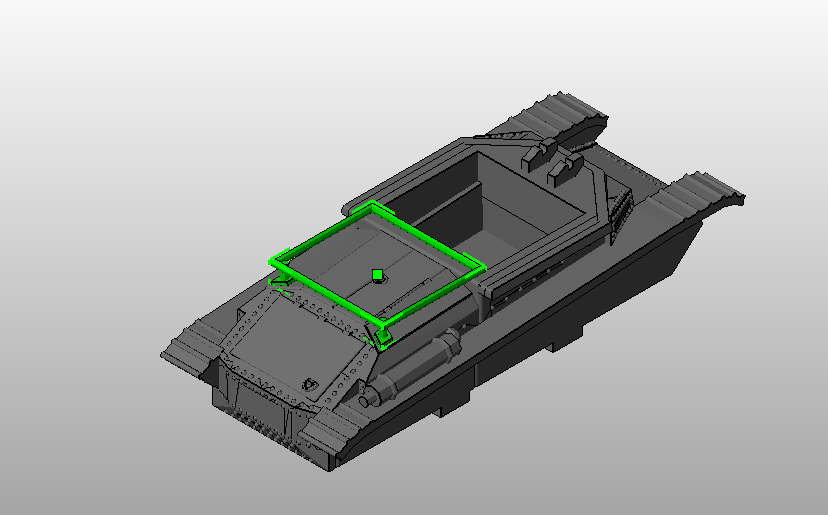 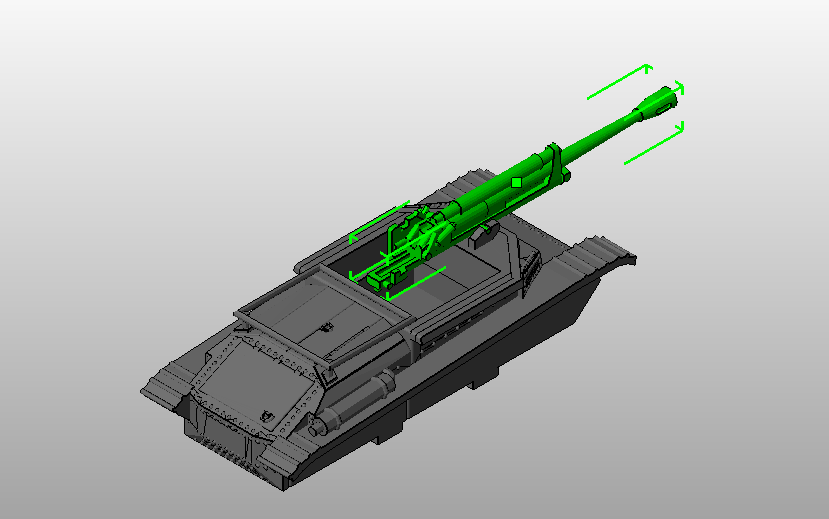 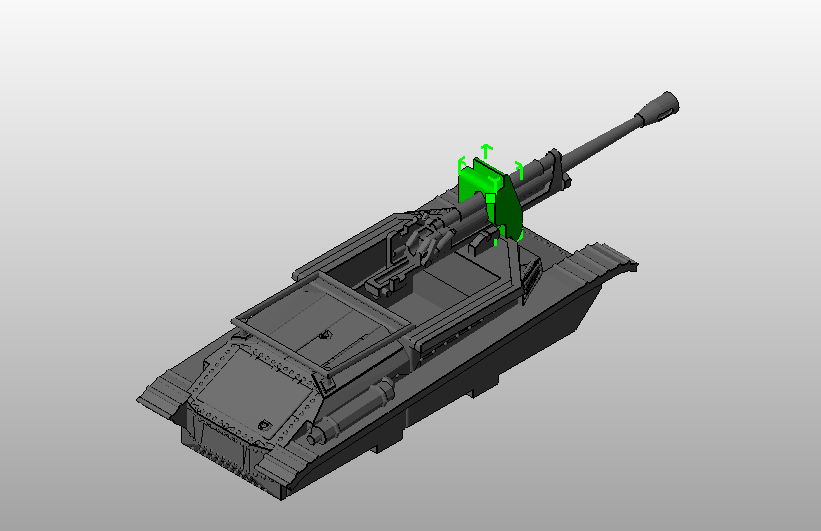 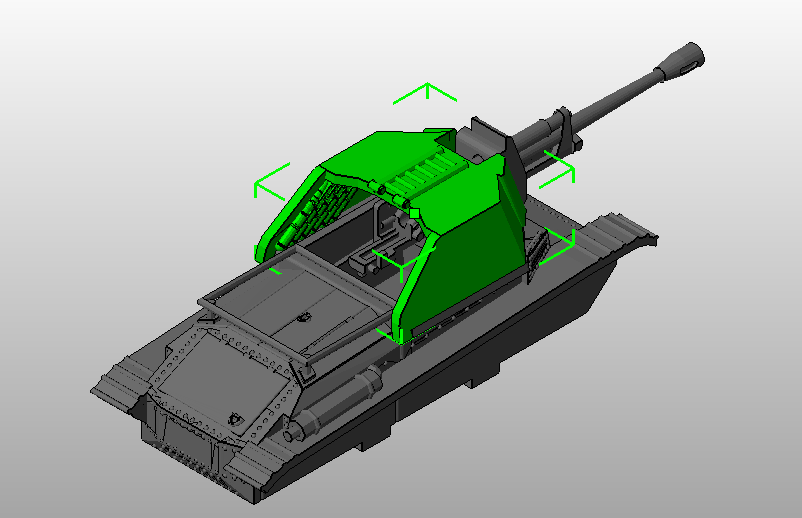 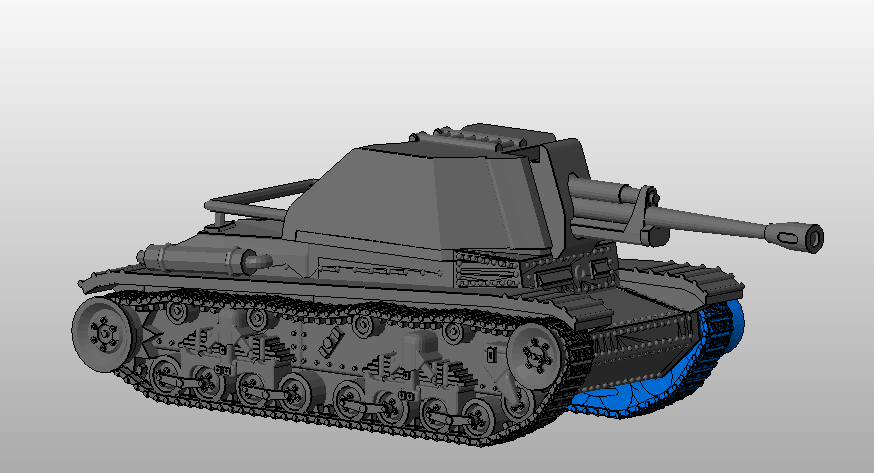 The second most common captured gun in Romanian stores was the Russian M-1936 F-22 field gun (3 in/76.2 mm). It had quite excellent muzzle velocity, although it compared badly to the ZiS, the latter being more powerful. The gun was separated from its undercarriage and placed on a custom-built mount, right on top of the superstructure. A sloped three-sided armoured casemate (10-17 mm/0.39-0.67 in) was mounted to protect the gun crew, open at the rear and top (partial roof, starting at the front). The plates were provided by disassembled captured BT-7s and T-26s. Since the Germans already used the F-22 in large quantities, compatible ammunition was available, and stocks were shipped to Bucharest.

The optics were German and adapted to the gun, and the gun sights and fixations were Romanian. In late 1943, tests began at Leonida, which proved successful, although proving that while the chassis supported the new load, the gun itself was only efficient at short range, within 500-600 m (550-660 yards), against the T-34. The final ZiS-3 had a 30° traverse and +15°/-5° elevation, with a provision of 21 HE and 9 AP rounds. The chassis remained unchanged. A batch of forty conversions was delayed, since the Romanians had to wait for the Germans to supply more efficient ZiS-3s and ammo.

Leonida started tooling up for the conversion in February 1944 and was ready in June, with a first batch of 20. However, at that time, the TACAM proved useless against the new IS-1 and 2, and further conversions were cancelled. At least two up-gunning attempts were made, one with the Romanian Reşiţa Model 1943 anti-tank gun and one with an 88 mm (3.46 in). Ten were assigned to the 63rd TACAM Company in July 1944 for training, with the 1st Armored Training Division, and never saw action before Romania’s defection to the Allies.

A company of twelve, the Niculescu Detachment, was posted in Transylvania to face an Axis counter-attack from Hungary in September 1944. The unit, ad-hoc Armored Group comprised 16 TACAM R-2s as of 29 September and successfully repelled the German counter-attack. It was disbanded later. Twelve were then re-assigned to the 2nd Armored Regiment and sent to Czechoslovakia in February 1945. All but two were seized by the Russians in exchange for German tanks, although the remainder fought on until April. Only one surviving example is displayed at the Bucharest museum today.