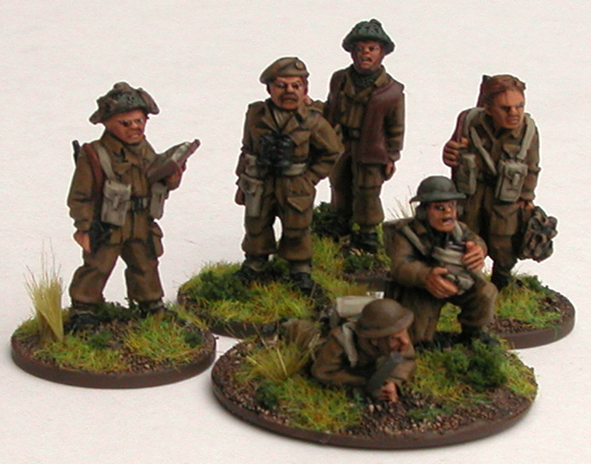 “It is the men that count, not the machines. If you tell the soldier what you want and launch him properly into battle, he will never let you down. Never!”

In the Battle for Normandy, the British and Canadian troops faced the best of the German Army. Despite chronic shortages of manpower and the long war, they soldiered on through the Low Countries, the Siegfried Line and over the Rhine into Germany. It was their finest hour.

This box contains 26 detailed Artizan Designs miniatures, enabling you to field a platoon command and two infantry squads, the basic structure of a British or Canadian infantry platoon in Rules of Engagement. These 28mm metal miniatures include 14 riflemen, 2 Bren gunners, 4 NCO’s, and 6 command figures. The variants of miniatures will be as described but the actual figures may vary from those illustrated.