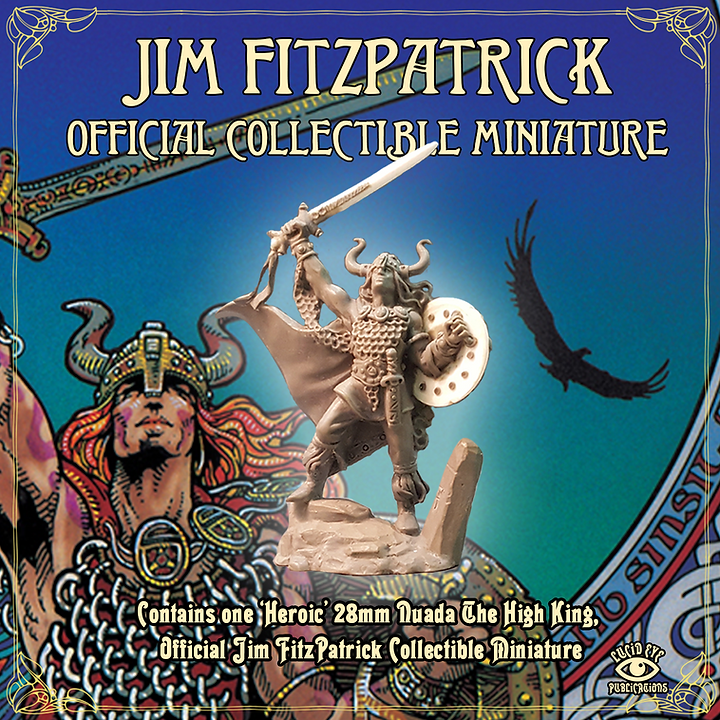 'Nuada Airgedlámh (Nuada of the Silver Arm) was king of the tribe known as the Tuatha Dé Danann who invaded Éireann (Ireland) in earliest times. In the First Battle of MoyTura, Nuada, while victorious, lost his right arm in this battle while in the second battle he lost his life. In his keeping was Cliamh Solais –the Sword of Fire, which, once unsheathed, was so powerful that no enemy could stand before it.' - Jim FitzPatrick