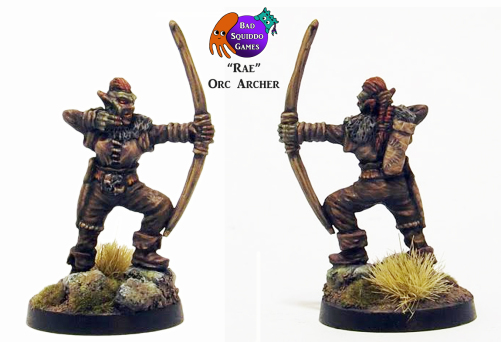 The range of female ogres produced here at Bad Squiddo Games are a quest to introduce…well.. more female ogres,but also to give them a bit more depth and dignity than they usually get.

Sasha has seen many an adventure. Preferring the company of humans (the pay is better), she is never struggling to find work as a mercenary. People like to hire her for her size and handiness for carrying the gear, but are often surprised at how quickly she can pull out the mace and wield some real damage. She will generally take on any job, but does draw the line at anything purely evil.

These are sculpted by Phil Hynes and cast in high quality resin. The scale is 28mm, but being ogres, they are much bigger!

She measures 53mm to the eyes.