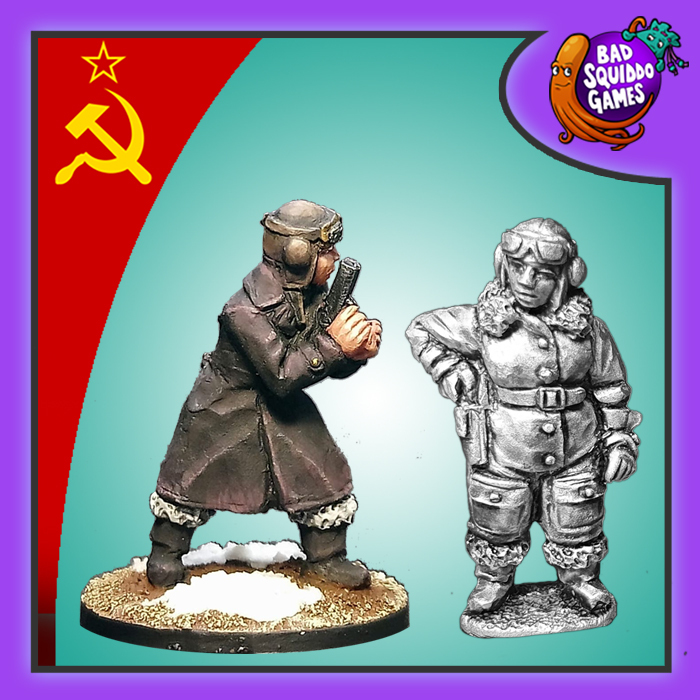 Night Witches! These can be used as any type of pilots but we've labelled them Night Witches especially as they don't have visible parachutes. These will work brilliantly in WW2 but also various pulp settings.

Nachthexen was a World War II German nickname for the all female military aviators of the 588th Night Bomber Regiment, known later as the 46th "Taman" Guards Night Bomber Aviation Regiment, of the Soviet Air Forces. They were known for flying low at night with engines turned off, in very old rickety bombers.