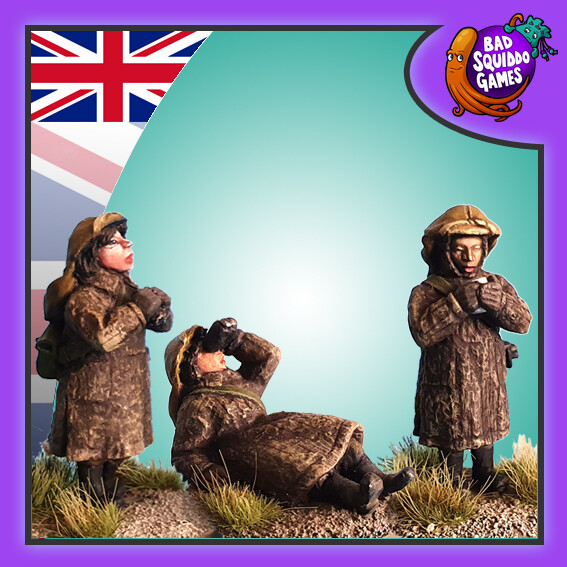 This pack is designed to work with any of the air defence equipment from searchlights to bofores, radios to the Cinetheodolite. They can also be used without the equipment, just as ATS observing the skies. Perhaps in a town situation, or out on an observation post.