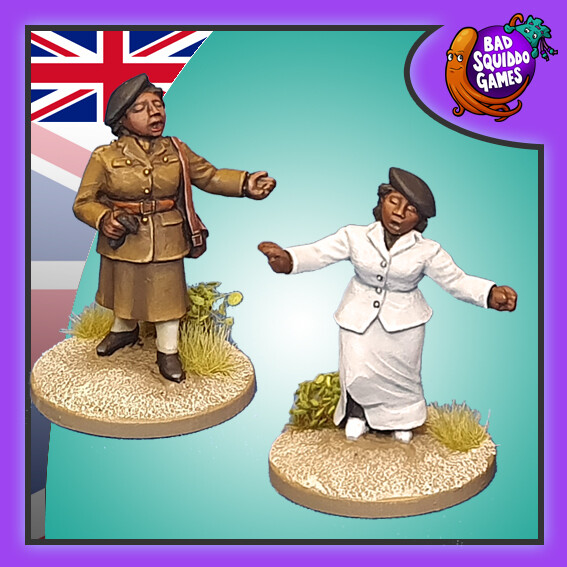 "At one London performance , the Luftwaffe attacked overhead dropping bombs and, ‘even though we could hear bombs exploding outside the theatre, we carried on ... I had sung 54 songs until the all-clear sounded at 3:45 a.m. in the morning!"

One miniature represents her in her ENSA (Entertainments National Service Association ) uniform, the other is her performing on stage, based on this performance.