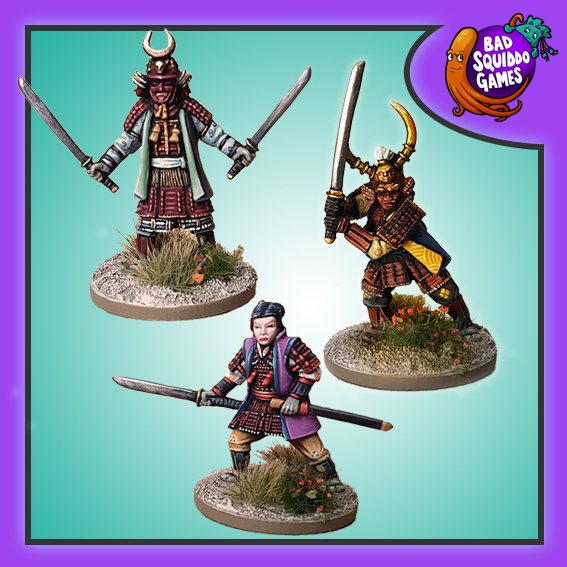 Probably the most famous woman from Japanese historical legend, Tomoe was an exceptional Onna-musha with an impressive military career, and equally impressive collection of severed heads.

She comes in a pack with her bodyguard, armed with single and double katana.