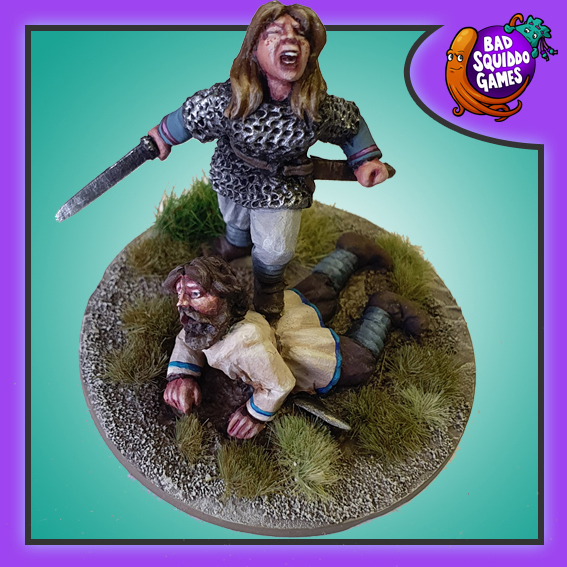 Jada the Subtle was the greatest fictional warrior of Snotengaham, which later formed part of Mercia, and is known today as Nottingham. The legends say that even when her people were defeated by the invading Vikings, she single handedly destroyed an entire fleet, using her mixture of cunning, impressive strength and endurance, as well as years of pent up rage.

When the follow up fleet arrived and discovered what happened, instead of sadness for their friends, they were immensely impressed by such a feat. They gifted Jada with many fine garments, a mixture of beautiful dresses as well as brand new and extra cool fighting gear. And while it was not intentional, the skoggskatter from the boats immediately ran to her and began doing the weird leg rub thing, so they let her keep them.

Believing her to be Freyja in human form, they swore allegiance. Jada however, explained that she was just real tired and asked if she could have a small cabin and not be bothered - to which they obliged.