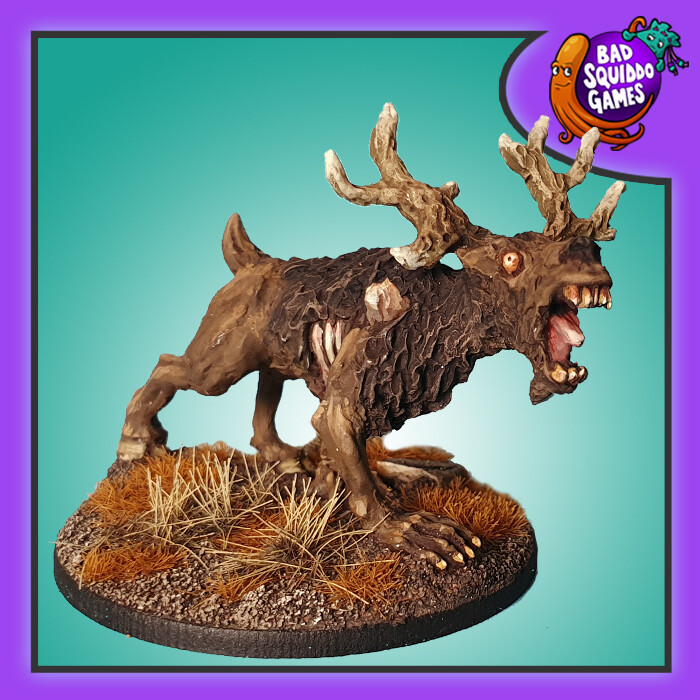 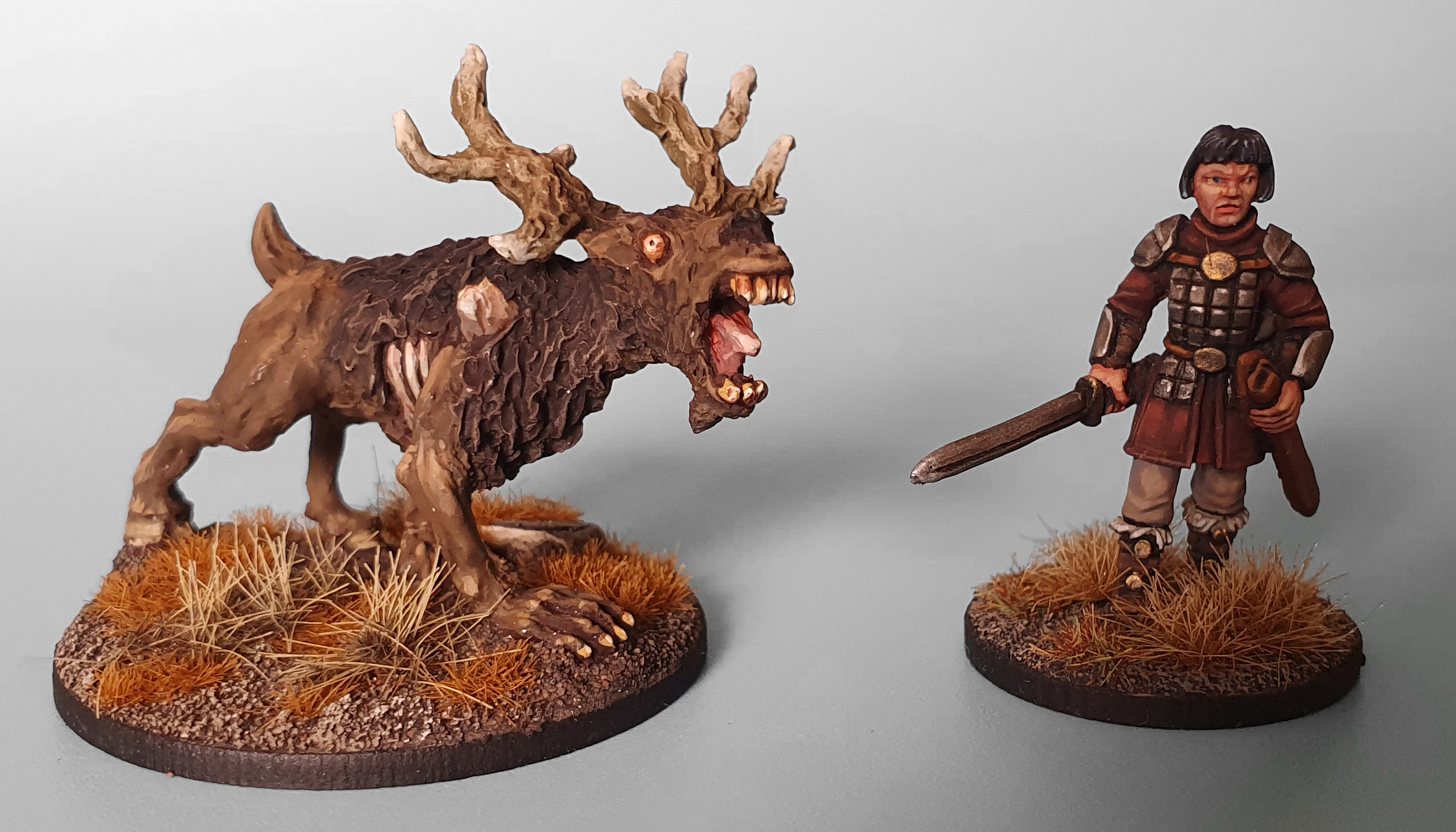 The Wendigo was gaunt to the point of emaciation; its desiccated skin pulled tautly over its bones. With its bones pushing out against its skin, its complexion the ash gray of death, and its eyes pushed back deep into their sockets; the Wendigo looked like a gaunt skeleton recently disinterred from the grave. What lips it had were tattered and bloody. Its body was unclean and suffering from suppurations of the flesh, giving off a strange and eerie odor of decay and decomposition, of death and corruption.

The Wendigo is a terrifying creature of Native American legend that will work well in your games around that setting such as Dracula's America, The Curse of Dead Man's Hand or The Silver Bayonet.

Sculpted by Phil Hynes, shown painted by Andrew Taylor. This was previously a part of the Bear's Head Miniatures range, acquired by Bad Squiddo Games in 2022.