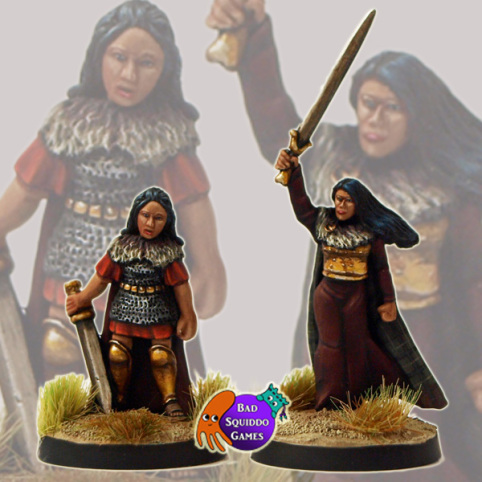 Cartimandua was Queen of the Brigantes, a Celtic tribe in the (what would later be known as) Northern England. She held a tight allegiance with the Romans, which resulted in much more wealth and military power than other tribes, who were usually too busy rebelling.

This pack contains two miniatures of herself. One in Celtic gear, one in her “sell out” Roman gear!

These are sculpted by John Morris. They are cast in metal, 28mm scale and come unpainted and unassembled. Both models are one piece.