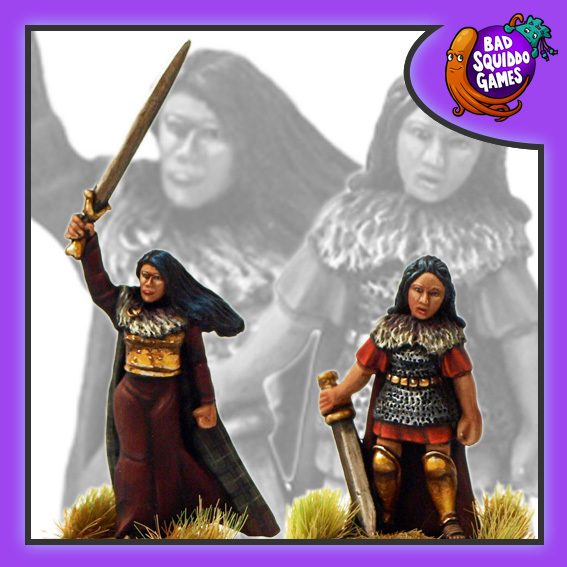 It would be travesty to compile a collection of women from history and not include Boudicca herself. Or Boadicea, or Boudica, or even Buddug to the Welsh.

It was totally not unusual for women to fight in Celt societies, and Boudicca is the most well known of them, for leading the rebellion against the Romans.

This pack contains two miniatures of herself. One in the classical pose we know her for, and another “artistic merit” imagining of her in more combat ready gear.

These are sculpted by John Morris. They are cast in metal, 28mm scale and come unpainted and unassembled. The hand carrying the spear will need drilling (though it is made very easy with indents) and the spear supplied is a strong wire spear from North Star. Be very careful with these! They look so much better than thick log spears or a sad bent/broke cast spear though.