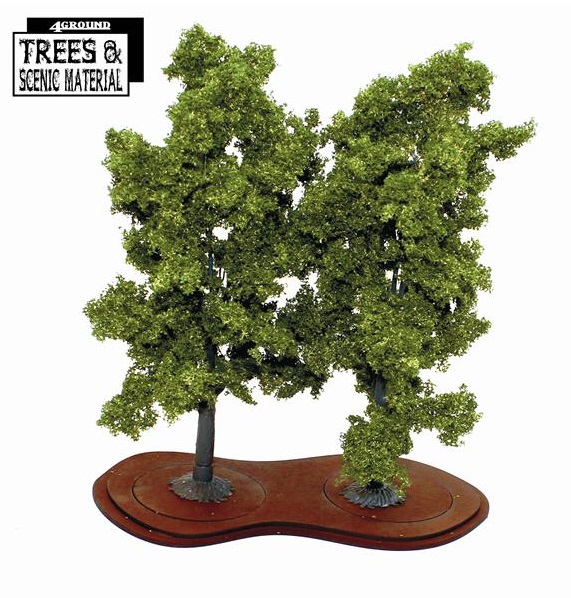 This product is ready to use straight from the box!

The European beech (Fagus sylvatica) is the most commonly cultivated beech in the world, although there are few important differences between species aside from detail elements such as leaf shape. The leaves of beech trees are entirely or sparsely toothed, from 5–15 cm long and 4–10 cm broad. Beeches are monoecious, bearing both male and female flowers on the same plant. The small flowers are unisexual, the female flowers borne in pairs, the male flowers wind-pollinating catkins; they are produced in spring shortly after the new leaves appear. The bark is smooth and light grey. The fruit is a small, sharply three–angled nut 10–15 mm long, borne singly or in pairs in soft-spined husks 1.5–2.5 cm long, known as cupules. The husk can have a variety of spine- to scale-like appendages, the character of which is, in addition to leaf shape, one of the primary ways beeches are differentiated. The nuts are edible, though bitter (though not nearly as bitter as acorns), with a high tannin content, and are called beechnuts or beechmast.

The name of the tree (Latin fagus, whence the species name; cognate with English "beech") is of Indo-European origin, and played an important role in early debates on the geographical origins of the Indo-European people. Greek φηγός is from the same root, but the word was transferred to the oak tree (e.g. Iliad 16.767) as a result of the absence of beech trees in Greece.