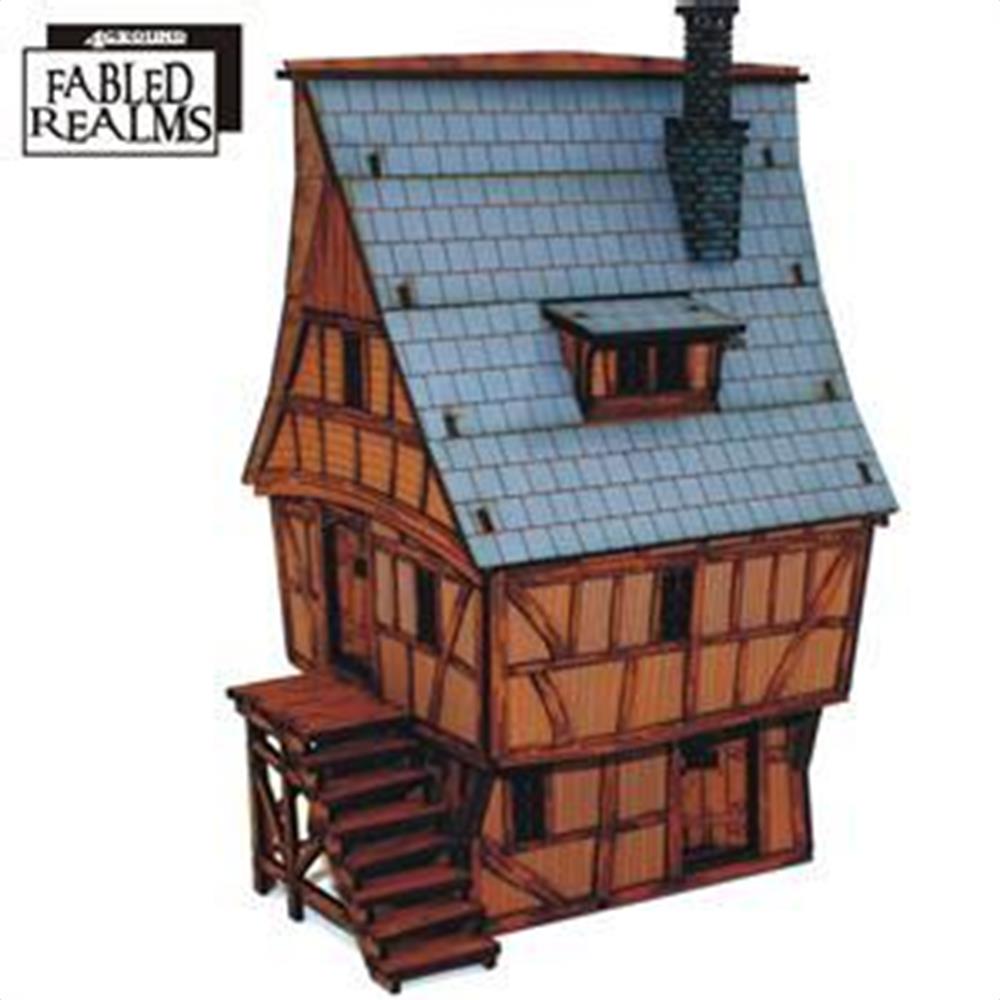 This ‘Mordanburg’ dwelling comes with the option to have either wooden panelling or plaster work between the external timbers of the ground floor storey.  Externally and internally there is a high level of detailing through out this 4Ground model kit.  The doors to this building work, all the storeys come off including the roof to give access during in game action.

Mordanburg, though the official home to the Archmages, faculty and students of  ‘Nonsuch University’ and its many colleges, is still better known by most folk as a very large and busy trading port.   Though you would hardly think it possible, the back streets of Mordanburg are even more crammed and much busier than its bustling high streets.  Yet even so, no other parts of Mordanburg are quite so crowded, or for that matter as dangerous, as are the dockside allies and water’s edge boardwalks on the ‘Mordavig’ side of this great sprawling city.

Mordavig’s dockside dwellers tend to build up and out over their simple homes.  Pressed in as they are between Warehouses, wharf cranes and lifting bridges.   With no room for their dwellings to move outwards without further restricting their own walkways and allies, up and out is the only way they can grow.

These jettied dwellings so close to the waterside are often shrouded in low lying fog late into the morning.   With such moist air outside plaster work constantly crumbles away, so most have wooden panels between their timber beams, at least for the first storey, though some have no external plaster work and wooden panelling all the way up to their ridge boards.