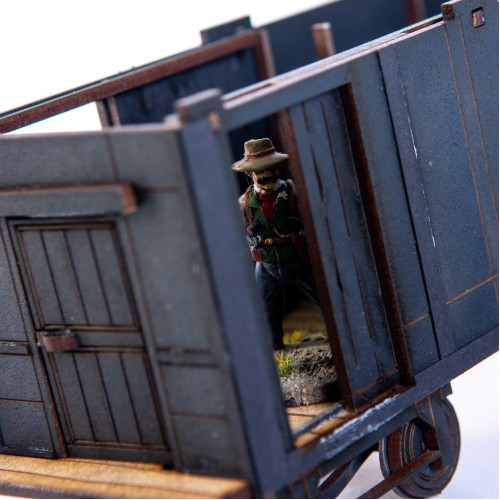 sp providing a 28mm Engine and Tender, a 28mm Baggage Car, two 28mm Passenger Cars (all the above in black) and 36" of Straight tracks.

There are magnets underneath to allow the wheel arches to turn. In the baggage car there are four sliding doors and a shelving unti, in the passenger cars there is space for miniatures with 25mm bases or smaller to fit between the seats and the Tender comes with coal. If you have your own LEDs then the engine's fog-light and firebox have space for including them.