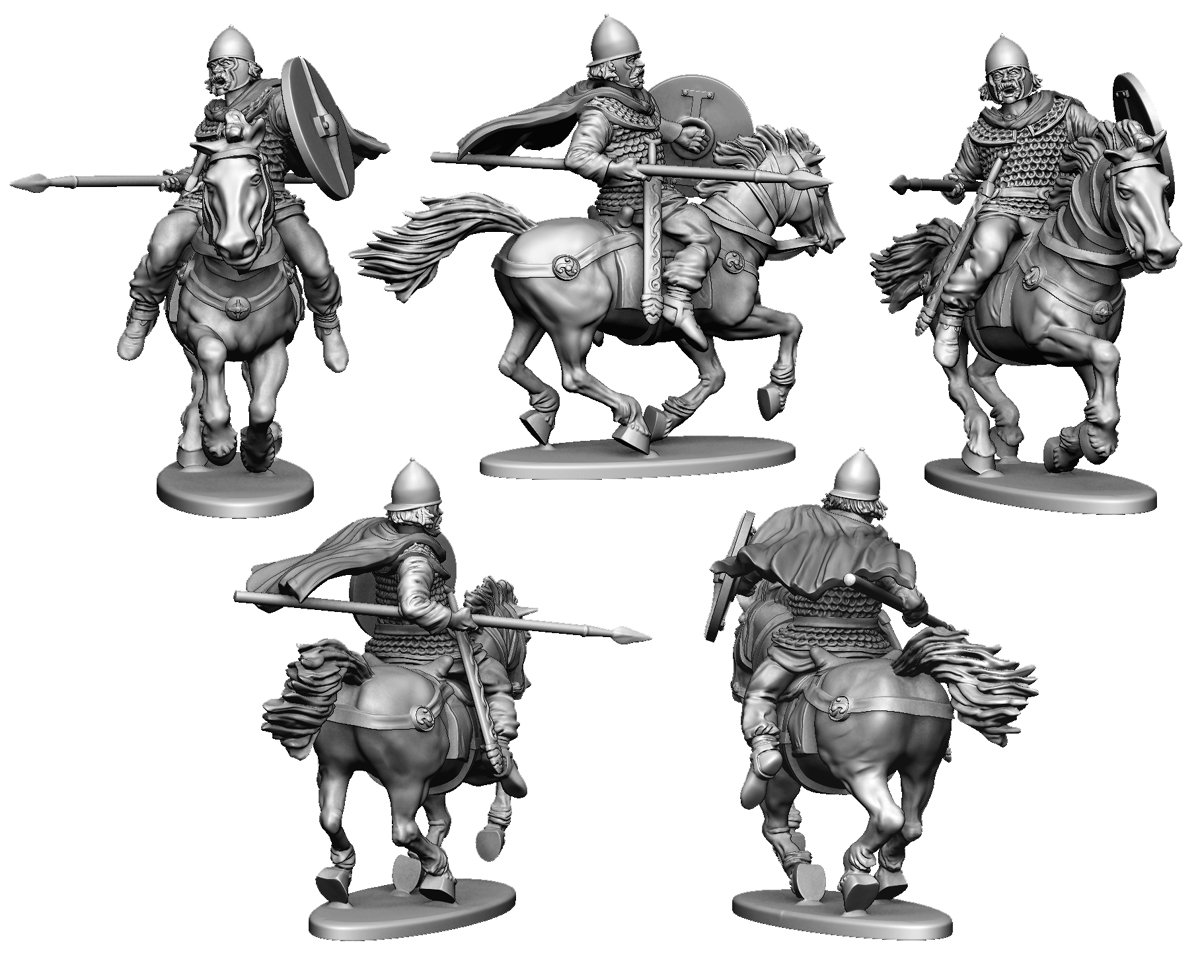 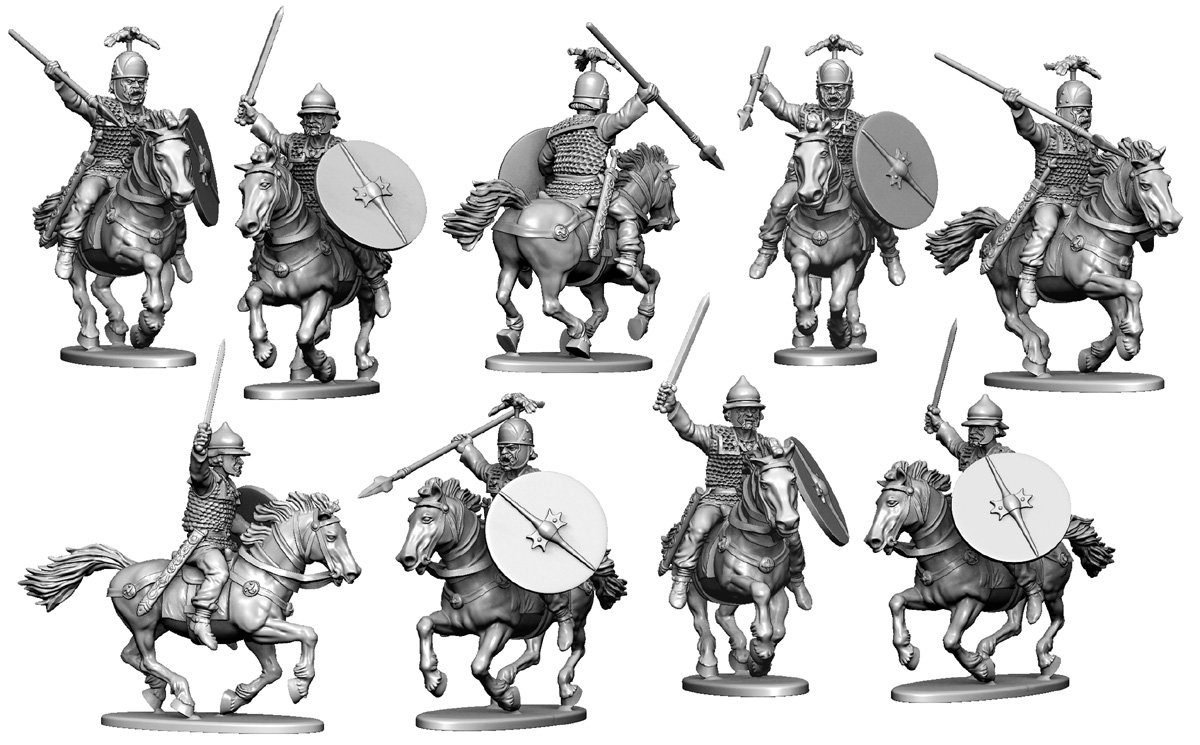 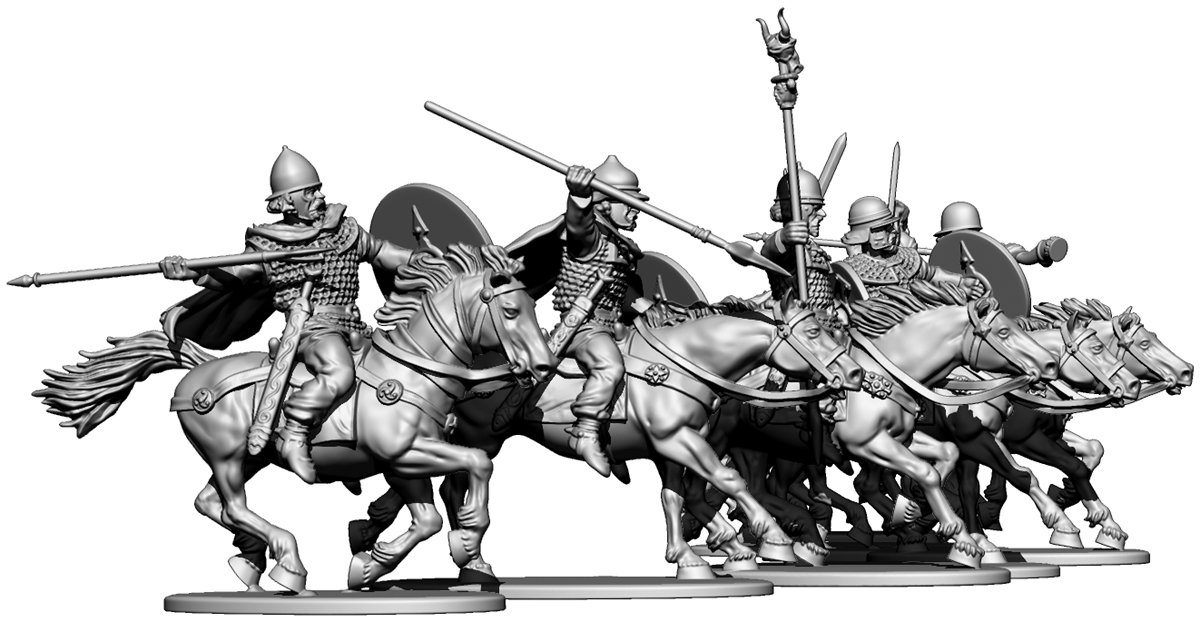 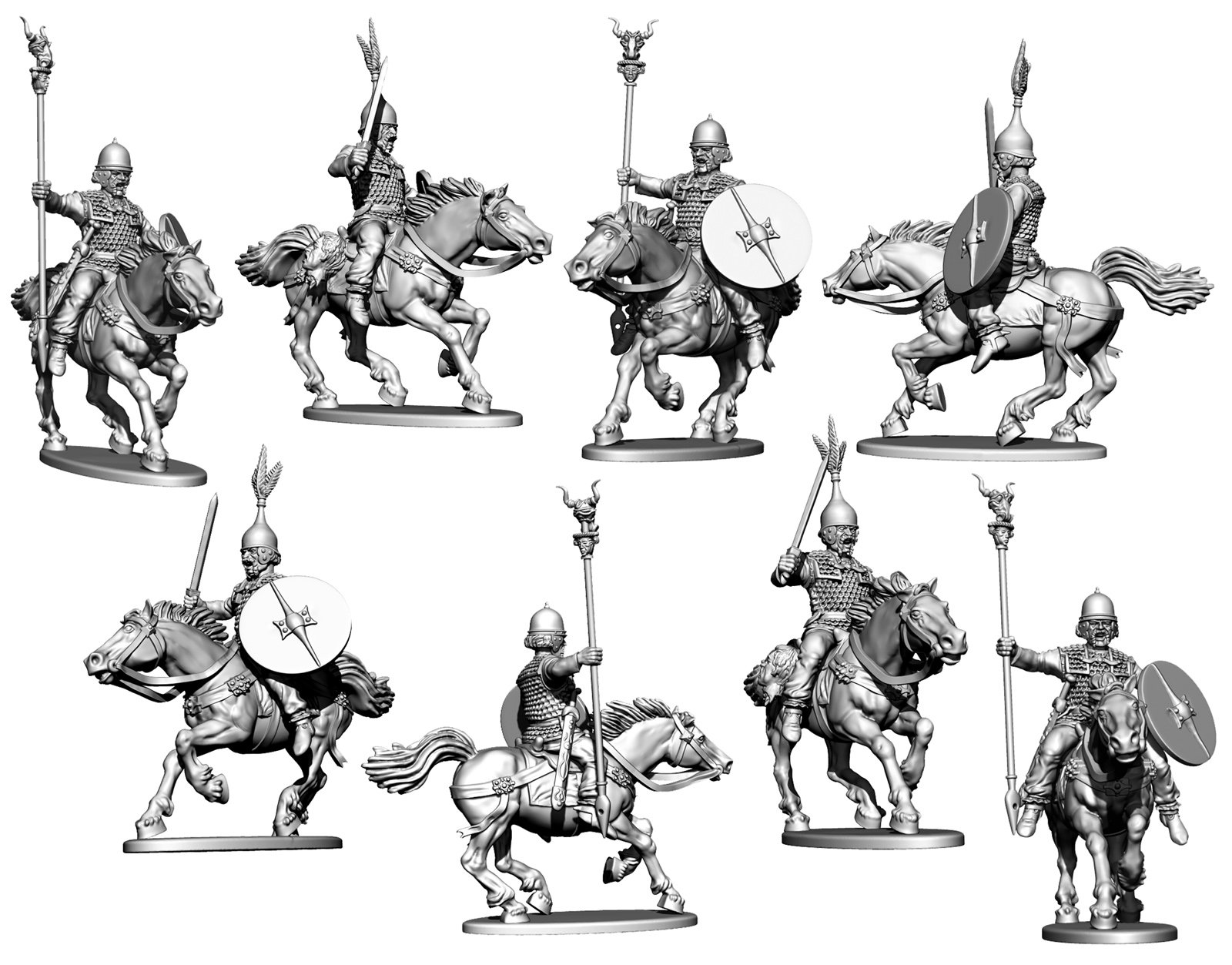 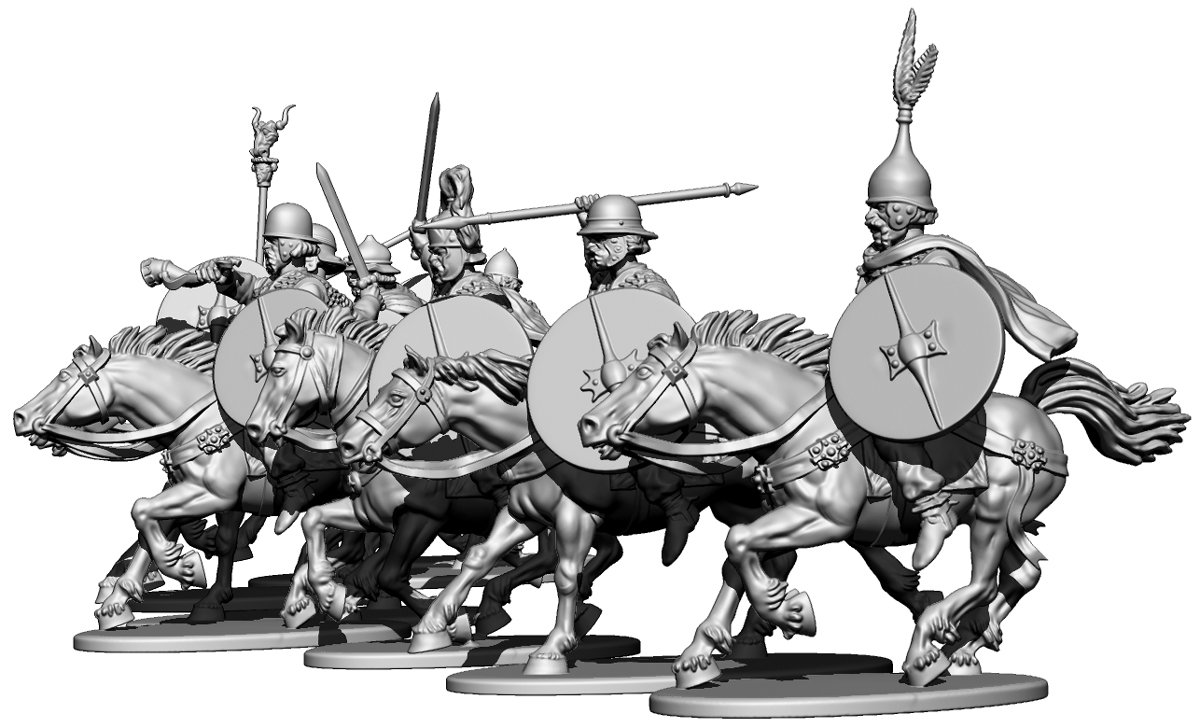 This set of Gallic cavalry are wearing armour to depict them as noble cavalry, an elite force within a Gallic army.

This set has many head and arm options. Weapons include swords, spears and javelins plus a good variety of round shields. Parts are also included to create musicians and standard bearers plus we have provided optional cloaks.

As well as fighting in all Gallic armies against the Romans the cavalry can also be used as Roman Allies when fighting against the Germanic tribes.

Gallic cavalry were a significant mercenary element in Carthaginian armies throughout the Punic Wars.

Each set weighs 300g. Please refer to the Customer Service page (link at the bottom of this page) for postage rates.