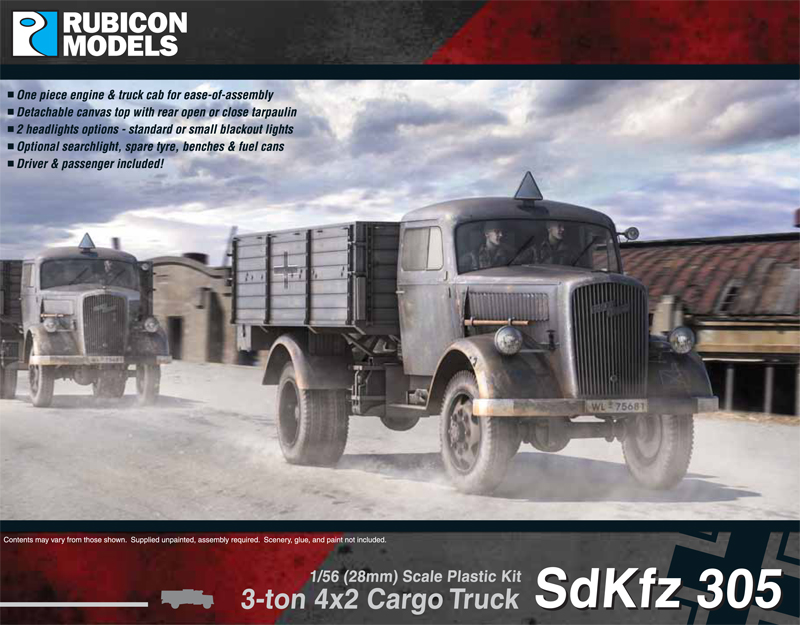 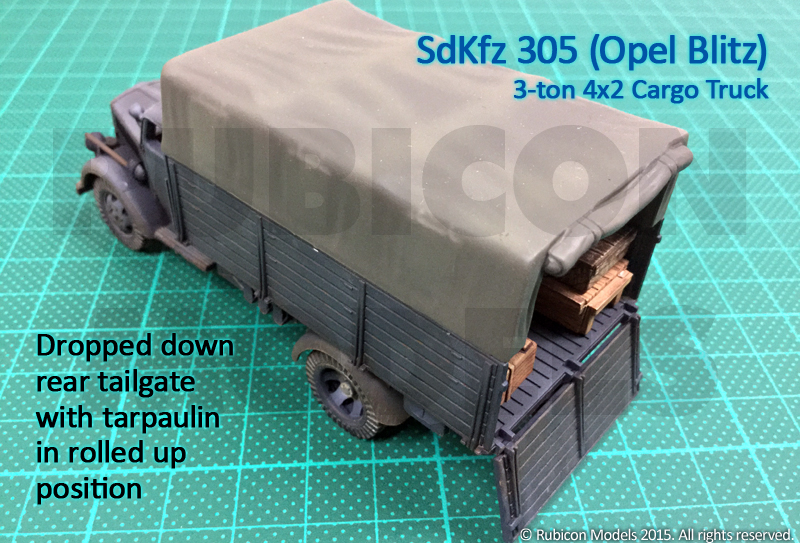 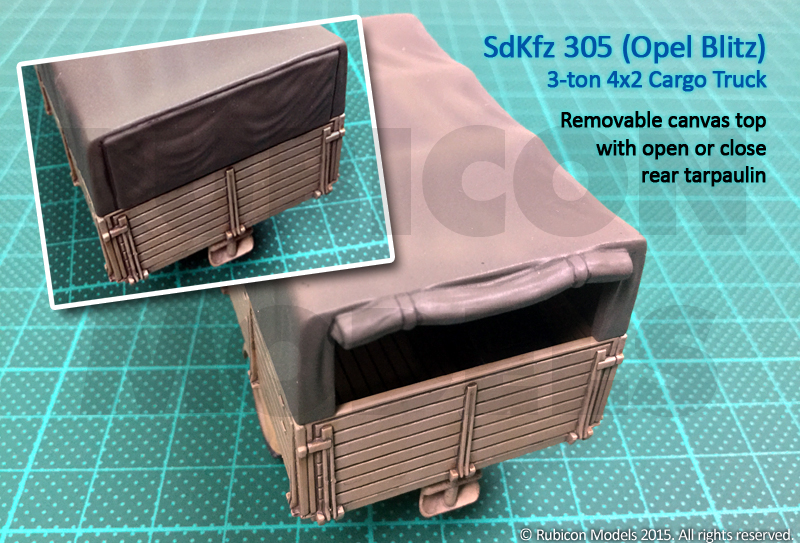 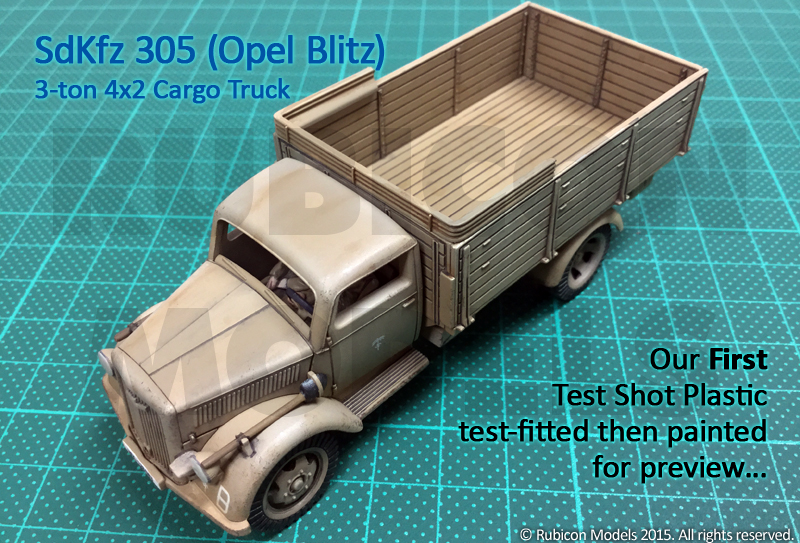 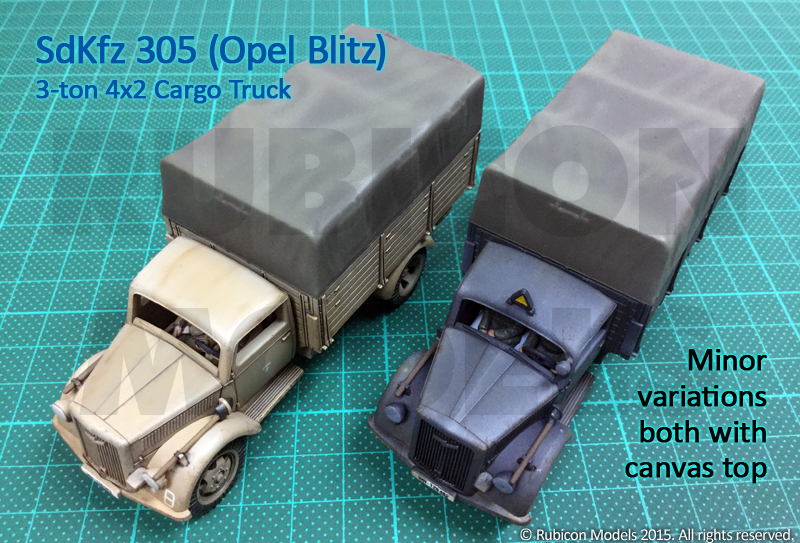 The Opel Blitz series of 3-ton trucks (designated as SdKfz 305) proved the true backbone of German military strength in World War 2. Production began in Apr 1937 and proceeded into Jul 1944 to which some 70,000 4x2 Opel Blitz trucks were delivered out of German factories.

This is a 2-sprue base kit for the 3-tonner. It includes a single piece engine & driver cab for ease of assembly and model integrity without scarifying details. It also comes with a detachable canvas top with an open or close rear tarpaulin. Other features include optional benches, searchlights, spare tire, under-carriage storage boxes and fuel cans. Driver and passenger included!