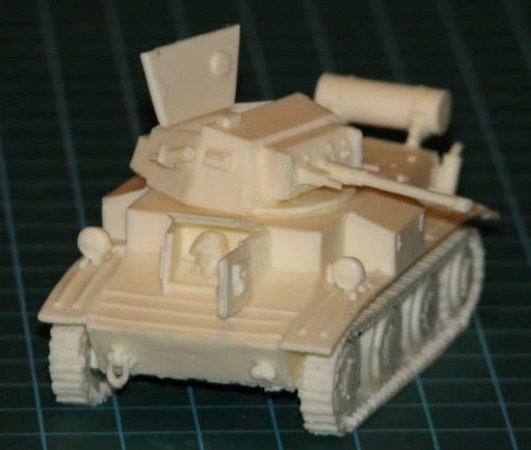 The model is incredibly detailed and comes with a range of stowage, ammo crates, jerry cans and 1 crew figure. Note that the hatch opens as shown in the third picture, not the model picture.