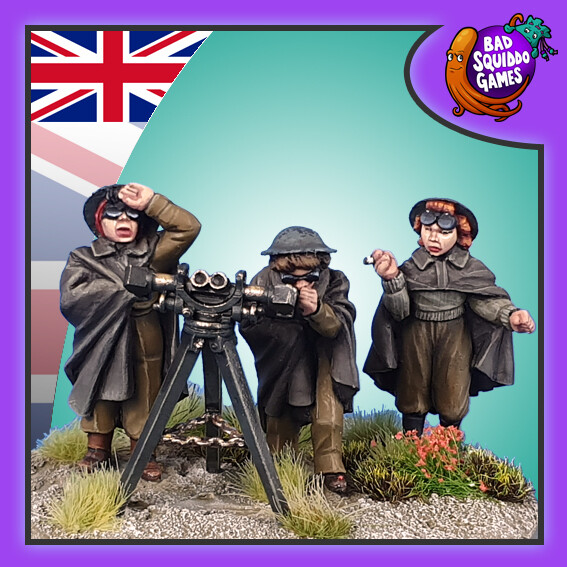 This pack is oozing with character and will be a brilliant addition to your British Defences. Or even just painted up because it is so dang cool.

This pack contains 3 x single piece figures in 28mm scale with a 3 part telescope, cast in high quality metal. Compatible with all the main WW2 companies that makes the chaps. Supplied unpainted.