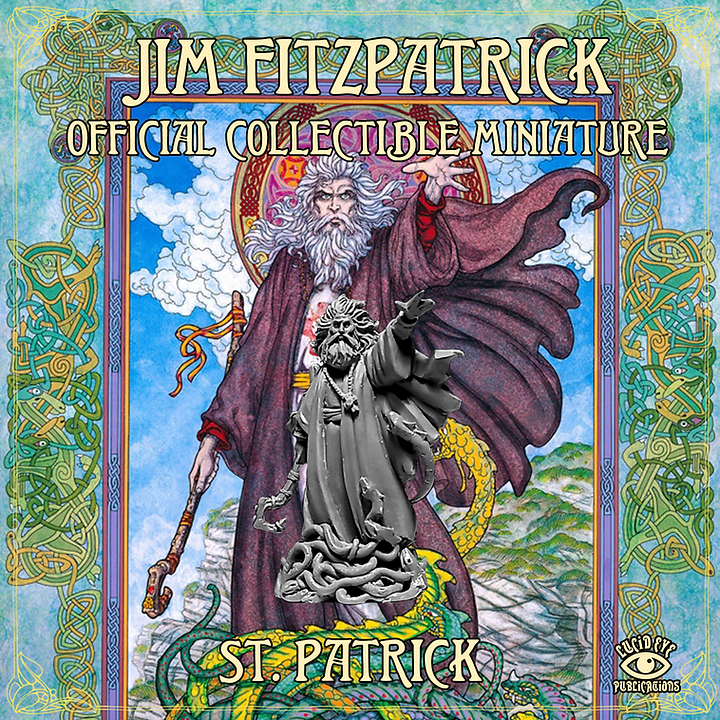 'The most potent and well-known myth attached to the mythical, not the real, Saint Patrick, is the tale of his banishment of all reptiles from Ireland as they were thought to represent Satan and his demons and were in thrall to the dark side of nature. The real Patrick (Patricius) was taken prisoner by Irish sea-raiders (yes, the Irish went a-Viking too) and brought to Ireland to be auctioned as a slave. It is known that he was born to a wealthy upper-strata family of Celtic Britons near the end of the fourth century. He is believed to have died on March 17th, around 460 A.D.' - Jim FitzPatrick