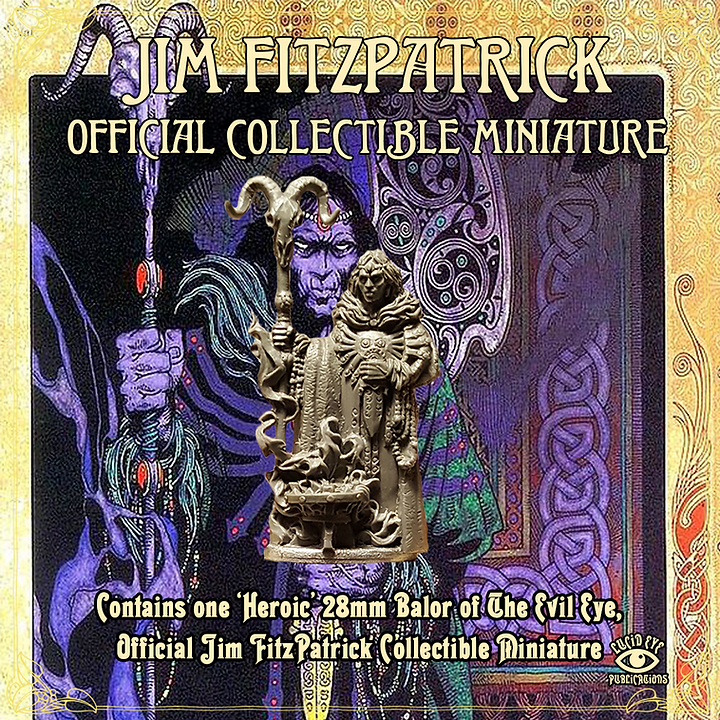 The Second Battle of MoyTura ended with the death of Balor of the Evil Eye, the sorcerous and terrifying chieftain of the dreaded Fomor. In this final confrontation Lugh, in his guise of the Sun God, faces his own grandfather Balor, and, as foretold in prophecy, killed him in battle. The Evil Eye, according to the ancient manuscripts, was a fearsome weapon that, when opened, could scorch a path of fire across a battlefield destroying enemy and friend alike and cut a swath of fiery light across the entire land as far as the horizon.