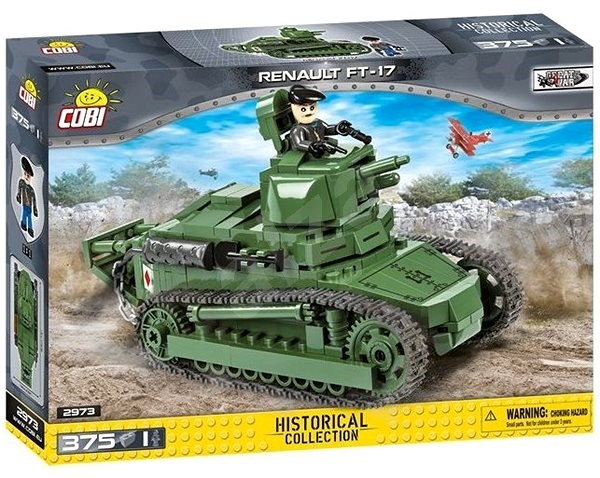 French light tank of World War I (originally named Renault FT) which is considered by some to be the world's first modern tank. It was certainly the first to have its armament within a fully rotating turret and its design (crew compartment at the front, engine compartment at the back and main armament in a revolving turret) remains the standard tank layout to this day.