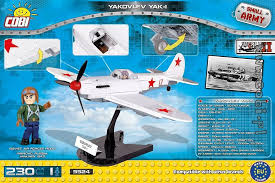 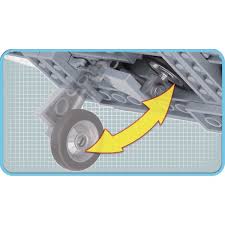 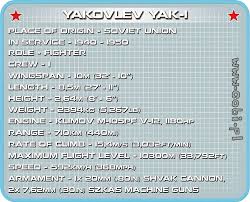 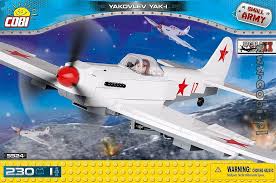 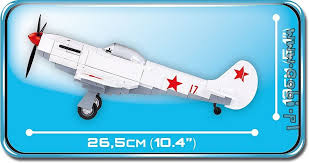 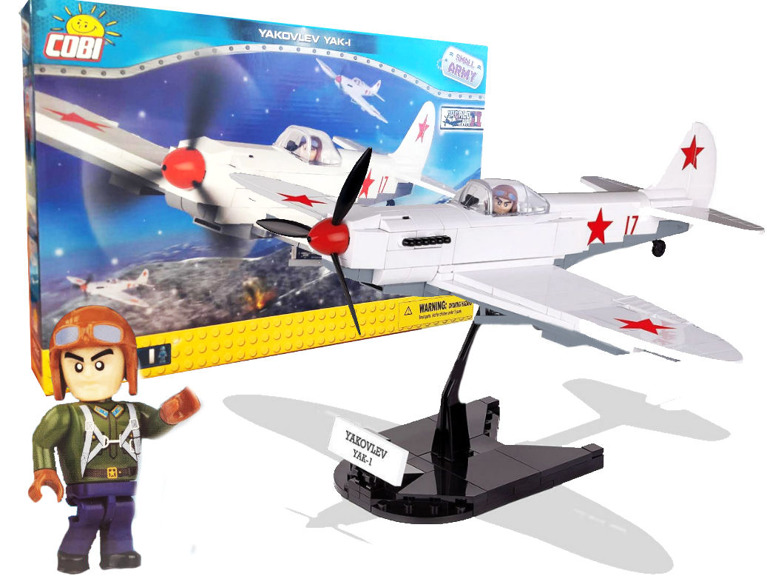 The Yakovlev was a Soviet fighter from 1940. It was the Soviet answer to the development of British and German fighters. It was supposed to be equal in performance but wasn’t so successful. The construction was not the best and there were a lot of problems in the production process itself what made the plane full of flaws. Nevertheless, they were basic fighters of the Soviet Air Force during World War II.

The set includes a model of the plane, a figure of a pilot and a block stand. This fighter has a rotating propeller, operable flaps and the pilot’s cockpit which can be easily opened to put a figure inside.