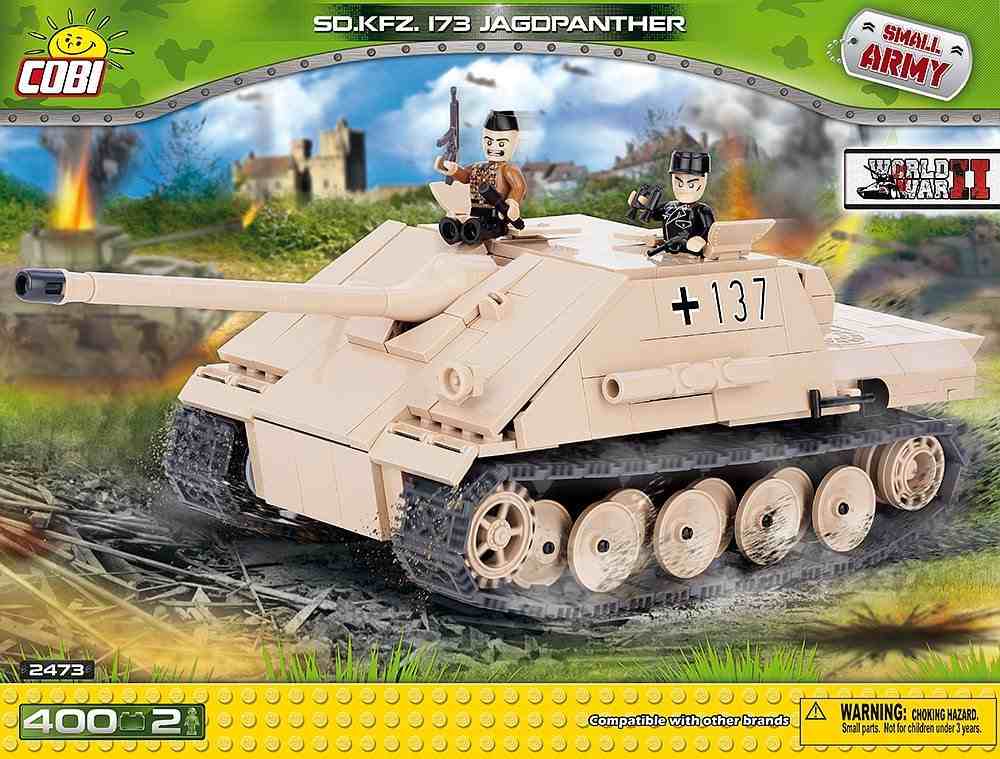 The Jagdtiger or “Hunting Tiger” as it was commonly called, was the heaviest German tank destroyer from World War II. It has an enormous cannon which made it possible to destroy the enemy’s units as far as 2-1/2 miles away. The Jagdtiger was not produced in very big quantities.  Only 88 tanks were ever produced. Because of its poor mobility, it was continuously plagued with mechanical problems.

This block model replica has a cannon with a regulated shot angle and two operable trap doors in the front of the vehicle and one on the turret.  It has also operable turret. Additional accessories include two machine guns, a pistol and binoculars.