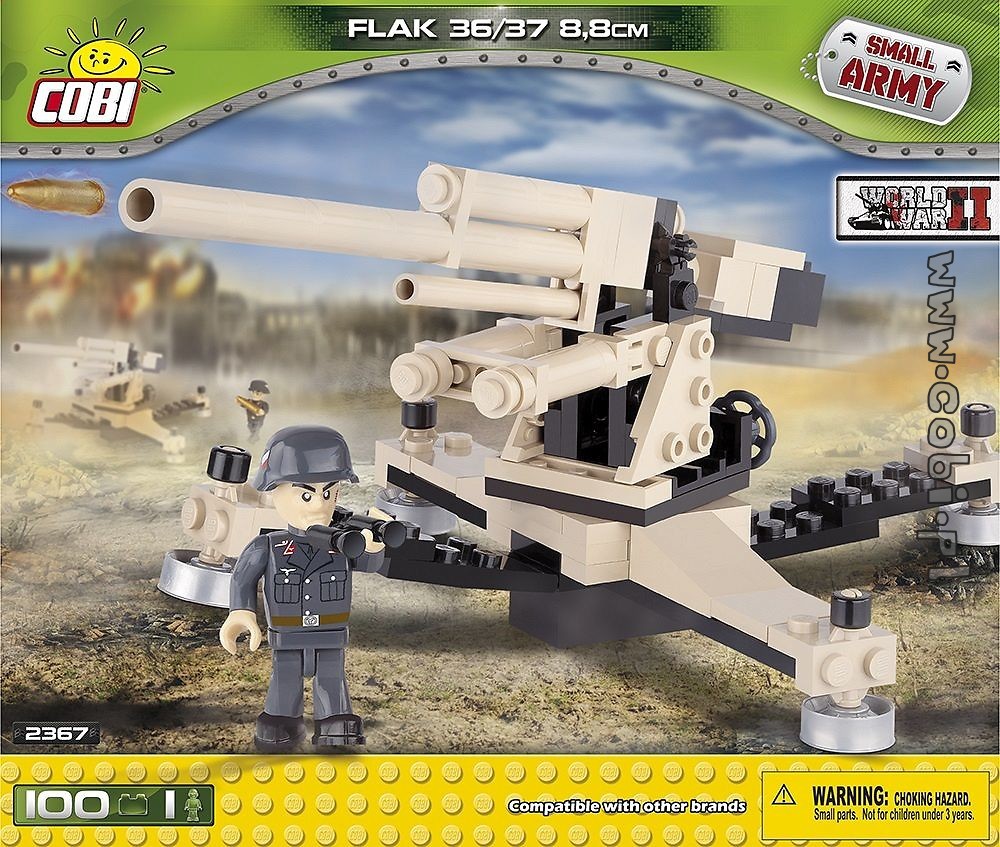 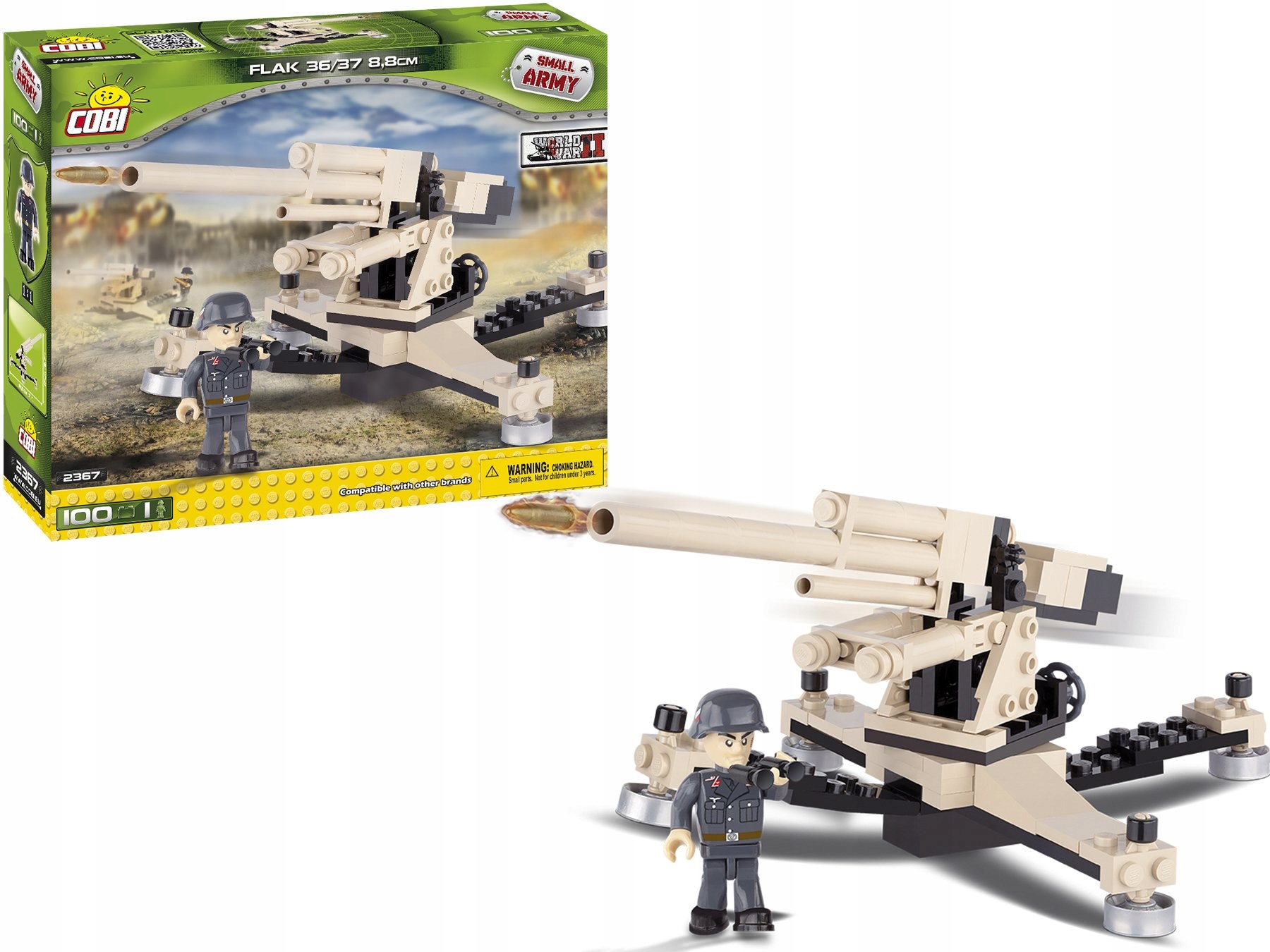 The 8.8 cm Flak (contraction of Flugzeugabwehrkanone) 36/37 - commonly called the eighty-eight - was a long-barrelled German anti-aircraft and anti-tank artillery gun produced 1936-1945. Well-known as the acht-acht ("eight-eight") it was widely used by Germany throughout the war, and was one of the most recognized German weapons of that conflict.

The Flak 36 and 37 were improved versions of the original Flak 18. A very versatile weapon, it could be fired in a limited anti-tank mode when still on its wheels and could be completely emplaced in only two-and-a-half minutes. Its gun was so successful that a version of it later served as the main armament of the famous Tiger I heavy tank.