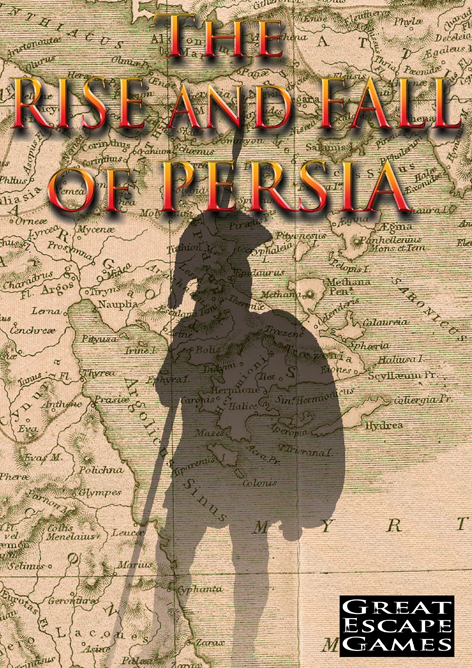 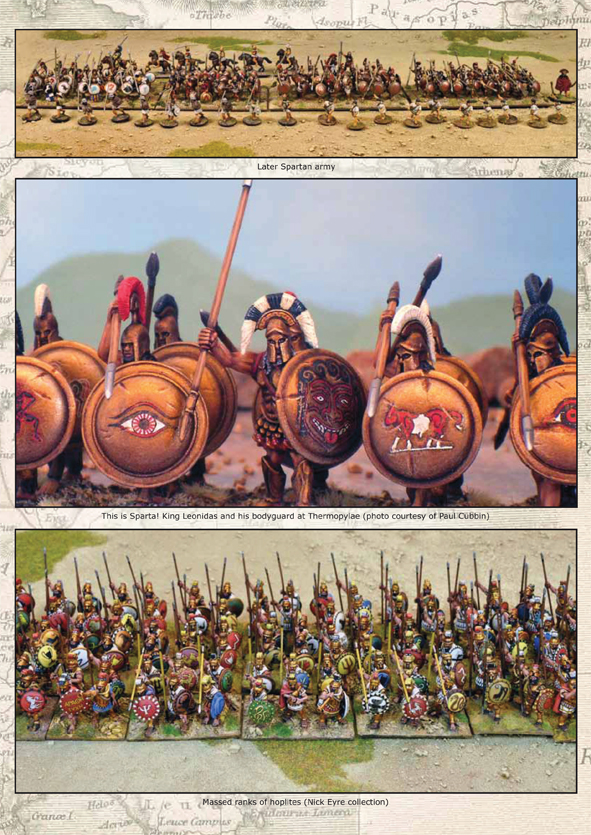 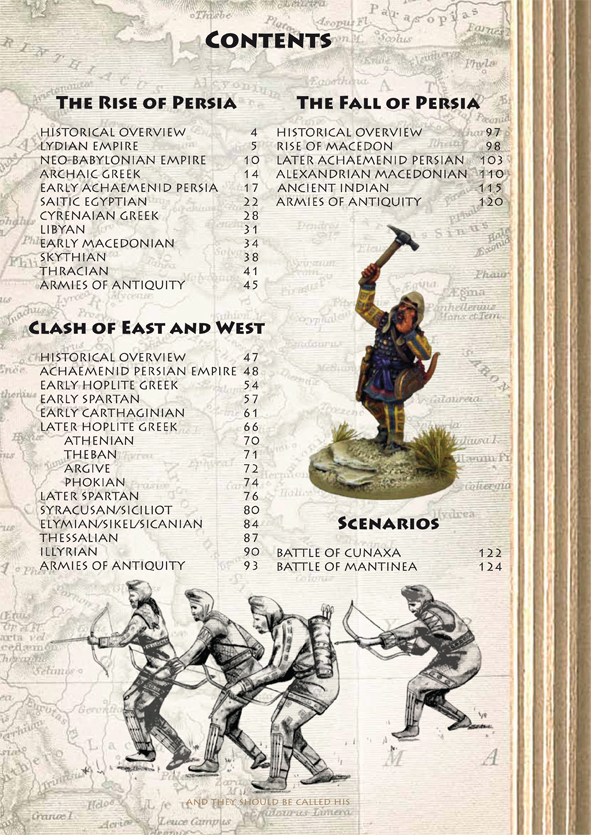 The Rise and Fall of Persia sourcebook

‘… if the fated time is at hand when the rule of the Persians must cease,and if our downfall is a debt we must pay to the envy of the gods and thelaws of change, grant that no other man but Alexander shall sit upon the throne of Cyrus.’

The Rise of Persia

This details the fall of Babylon and the Lydians and the rise of the Persian Empire under Cyrus the Great and features a historical overview of the period and 10 army lists plus variants including: Lydian Empire, Neo-Babylonian Empire,Archaic Greek, Early Achaemenid Persia, Saitic Egyptian, Cyrenaian Greek, Libyan, Early Macedonian, Skythian and Thracian.

Clash of East and West

The Fall of Persia

The final part of the book charts the rise of Macedon and Alexander the Great and his destruction of the Persian Empire and expansion of the Macedonian Empire. It features the following army lists: Rise of Macedon, Later AchaemenidPersian, Alexandrian Macedonian and Ancient Indian.