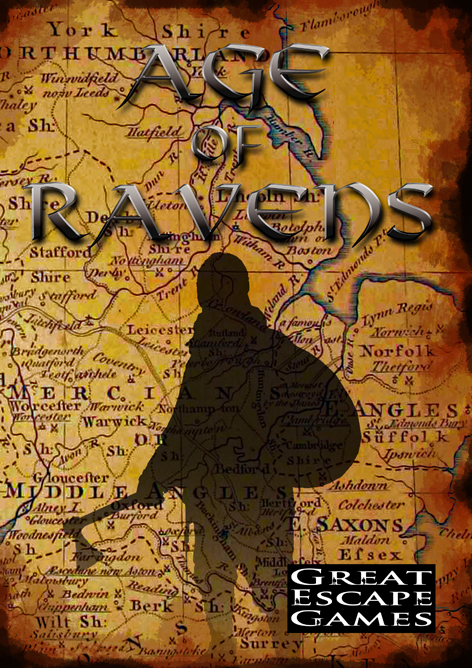 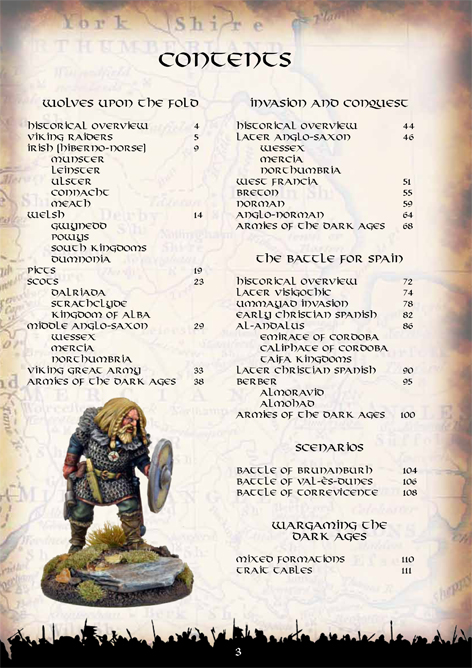 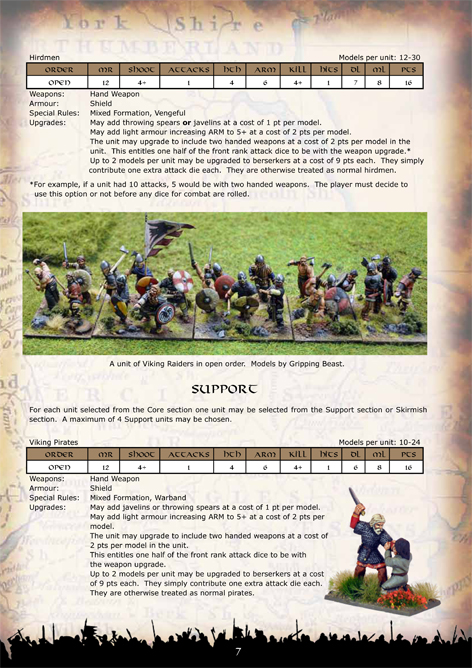 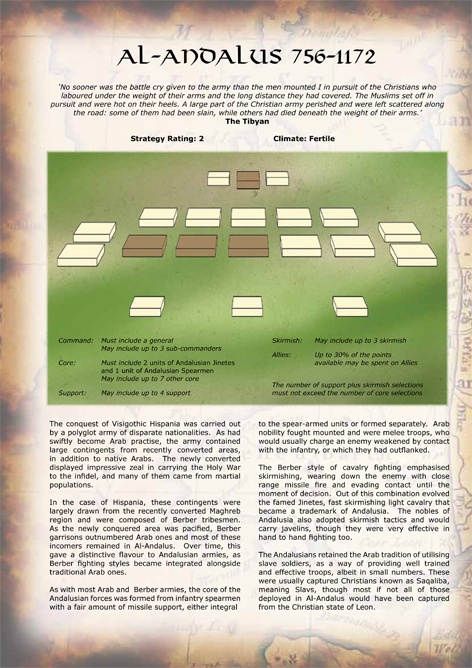 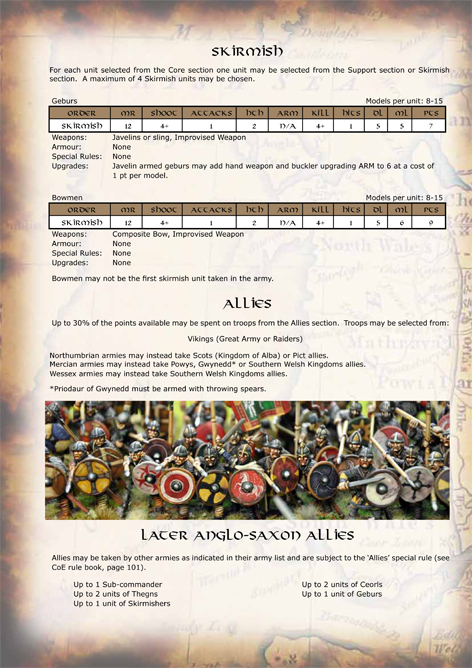 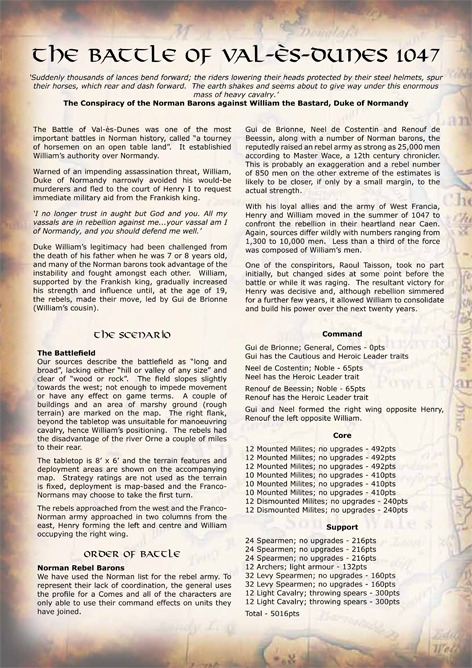 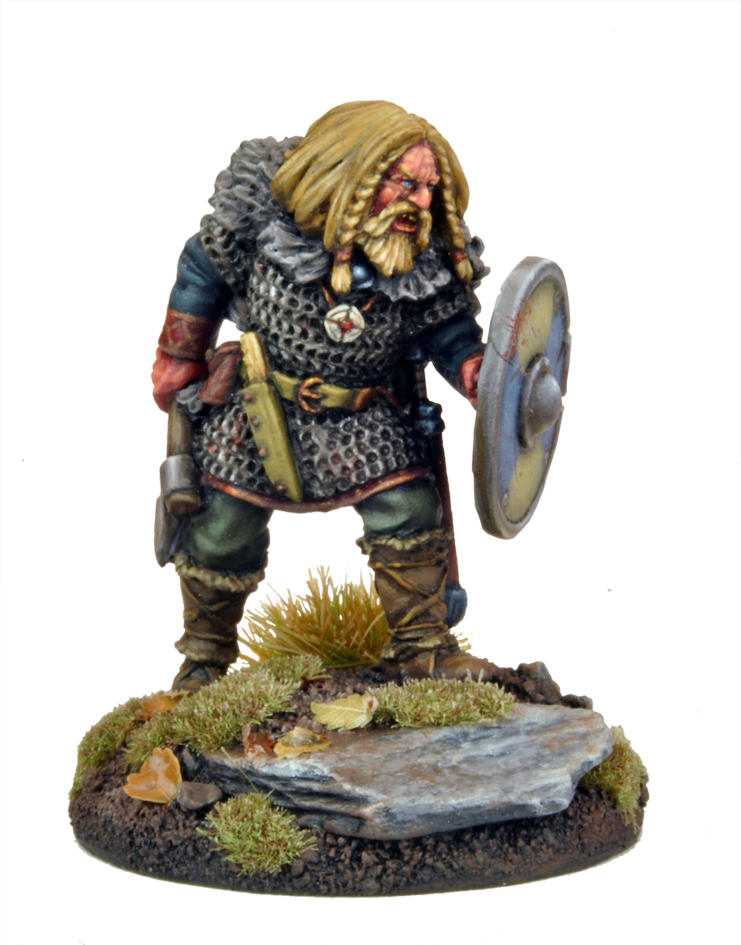 ‘This year came dreadful fore-warnings over the land of the Northumbrians, terrifying the people most woefully: these were immense sheets of light rushing through the air, and whirlwinds, and fiery dragons flying across the firmament.  These tremendous tokens were soon followed by a great famine: and not long after, on the sixth day before the ides of January in the same year, the harrowing inroads of heathen men made lamentable havoc in the church of God in Holy-island, by rapine and slaughter.’

Age of Ravens is the second source book for Clash of Empires™. This book provides gamers with detailed army lists to fight battles from throughout the Age of the Vikings and the centuries of warfare in Spain.  From the close of the 8th century, raiders from Scandinavia terrorised the British Isles and France, eventually establishing powerful kingdoms that made a resounding influence upon Europe.  The book is split into three parts each focussing on a specific time period and series of conflicts and combatants, covering 18 stand-alone army lists plus variants.

Wolves unto the Fold

The first section covers the first Northmen raiders and their victims in Britain and Ireland to the establishment of Viking kingdoms.  18 army lists including variants are included for the Viking Raiders, Irish, Welsh, Picts, Scots, Middle Anglo-Saxons and Viking Great Army.

The second part charts the events in France with the competing interests and clashes between the Western Franks, Bretons and the Duchy of Normandy, and the invasion of England by William the Conqueror.  7 army lists including variants cover the Anglo-Danish, Bretons, West Francia, Normans and Anglo-Normans.

The Battle for Spain

The final part of the book deals with Spain from the arrival of the conquering Umayyads through the wars of El Cid to the nadir of Islamic presence in Iberia.  9 army lists including variants focus on the Visigoths, the Umayyad Invasion, Early and Later Christian Spain, Al-Andalus and the Berbers.

This is a very heavy item with a shipping rate of £6.40 for the EU and £10 for the Rest of the World. UK shipment is free.