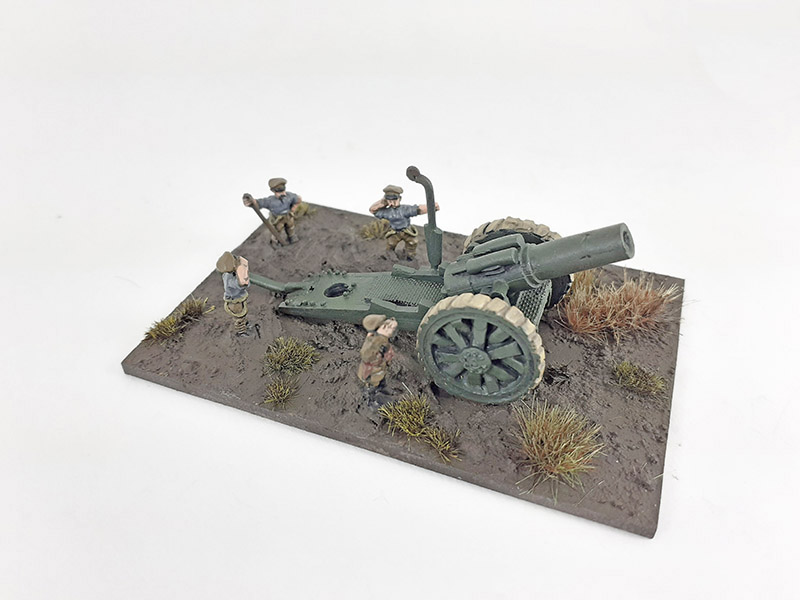 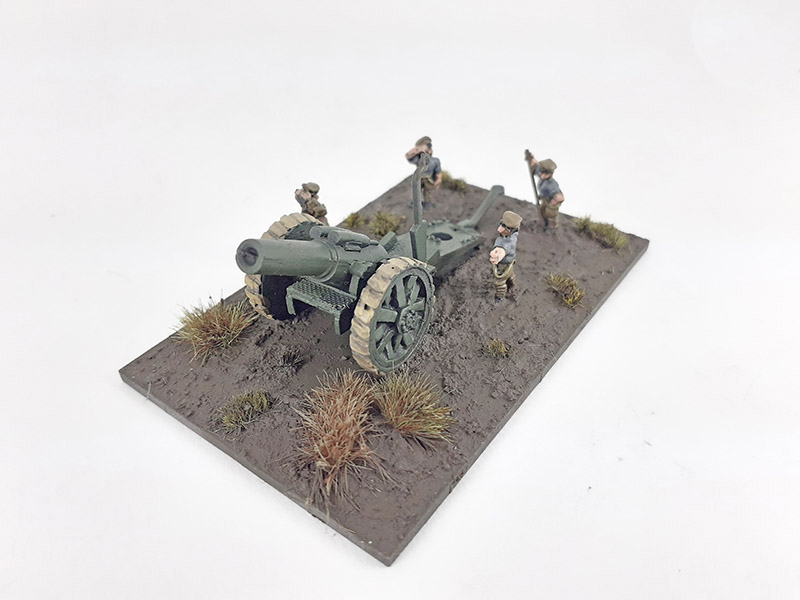 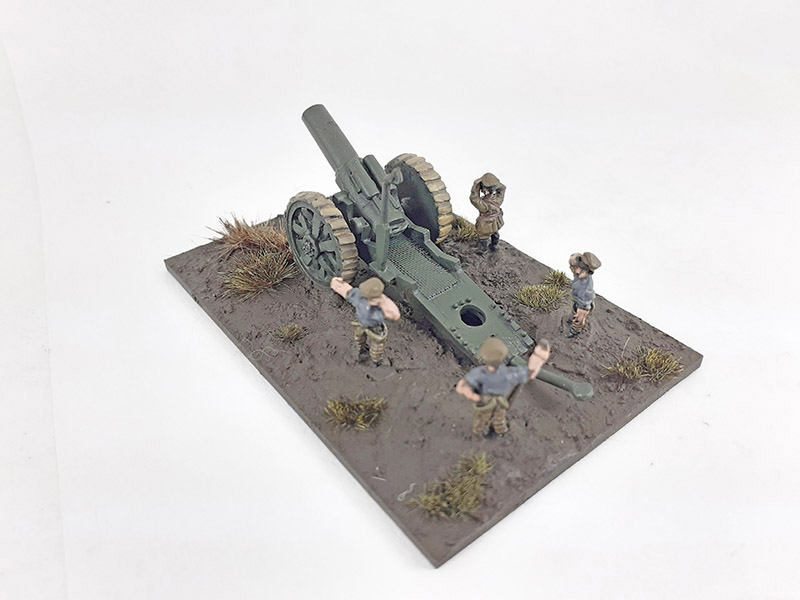 18mm scale. Unpainted. Requires assembly. Comes with 4 crew. An anachronism, but this is a very pretty gun! Painted example by ADC Painting, basing by GEG.

In 1914 the British Army was a small force of highly disciplined and well trained professionals. The British Expeditionary Force (BEF) landed in August, 1914 to support the left wing of the French. By the end of 1914, “The Old Contemptibles” of the BEF had suffered grievous losses from Mons to Ypres.