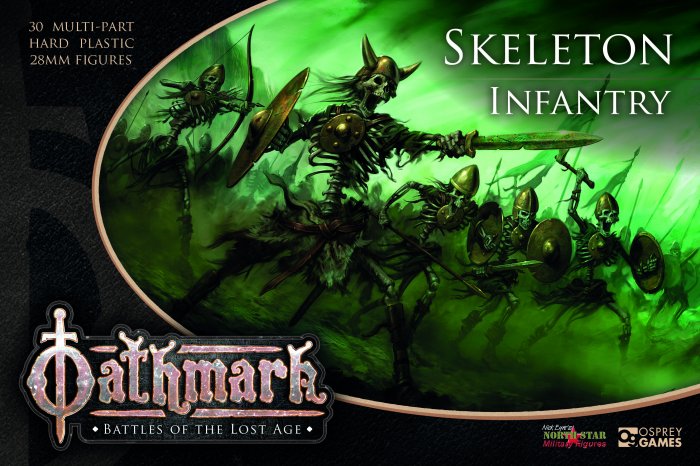 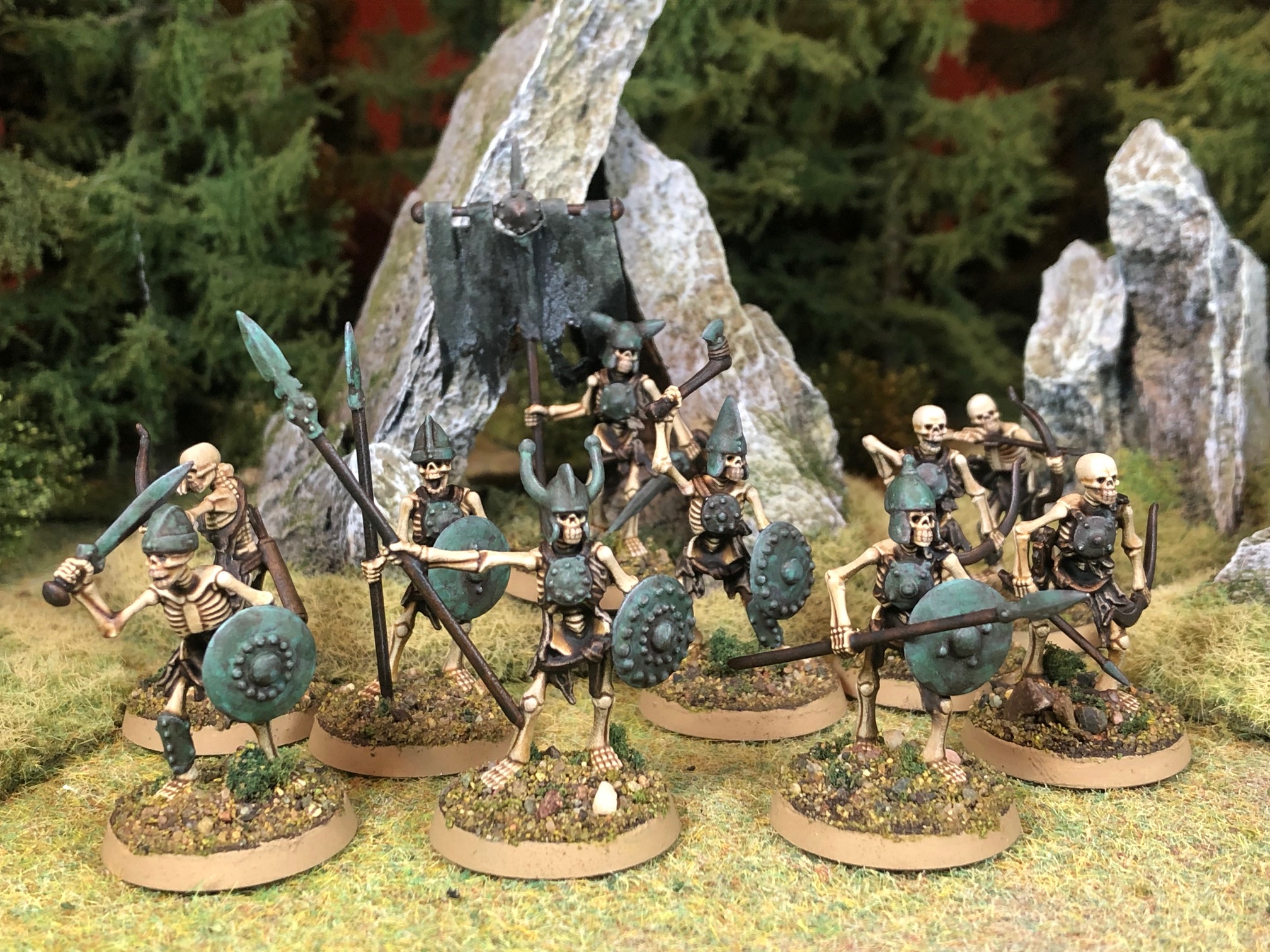 The lands of the Marches are littered with the bones of the dead. Through dark magics known to only a few, these bones can be reanimated, and great armies raised from the remains of ancient soldiers, casualties of a thousand battles.

This boxed set offers enough parts of build 30 Skeleton Infantry for your Oathmark armies. These unyielding undead warriors can be armed with bows, spears, or hand weapons, and parts are also included to add banner bearers and officers to their ranks.