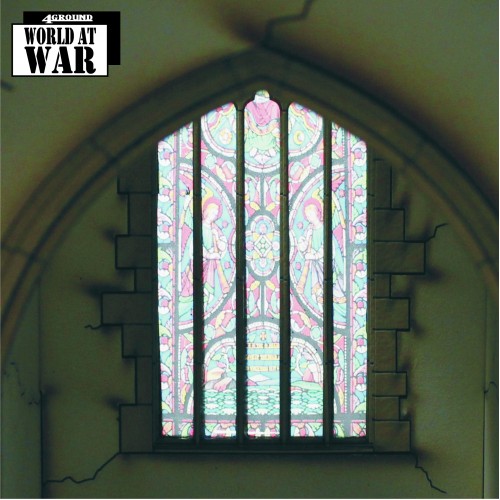 This Church is typical of many Parish (Communal) churches found across North Western Europe.  Originally it would have been built in the late 11th or early 12th century, but this example has had considerable alterations of its windows in the late medieval and early renaissance periods.  It would not look out of place from the mid to late Hundred Years War and the War of the Roses right through to the French Huguenot Wars, the English Civil Wars, the Seven Years War and the Napoleonic Wars.  It is of course perfect in its architectural style for North West France and much of the Low Countries during World War I and World War II.

Having taken damage from shell strikes this church is no longer in its original pristine state.

This kit has internal and external details including opening and closing doors and acetate stained glass windows.

Miniatures not included and for scale purposes only.

Weight for postage is 1200g. See the Customer Service page (link at the bottom of this page) for P&P details.