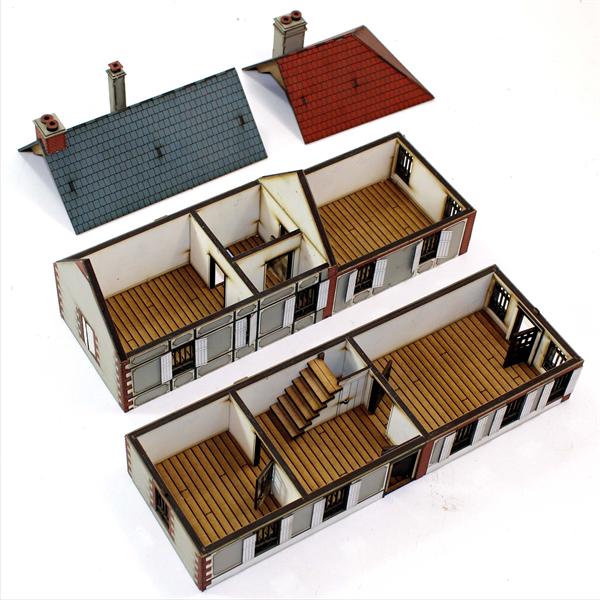 Georges and Thérèsa Gondrée settled in a small Café next to Bénouville bridge after meeting at Cannes.  Georges was an ex-banker with Lloyds and due to this was fluent in English, Thérèsa was from Alsace and could speak fluent German.  At the time of the invasion the Gondrées had three children and as their dissatisfaction grew toward the German invaders they started to support the resistance in Caen with information about the German garrison.

In the run up to D-Day, the Gondrées provided a huge amount of information to the British through Thérèsa being able to understand German conversations as she never let the Germans know she could speak their language.  This information became vital in Major Howard’s planning for his Coup De Main attack by his D-Company of the Ox and Bucks light infantry.  The information was critical and promptly provided, for example they enabled Major Howard to know the exact location of the explosive triggers in a bunker near the bridge that would blow up the bridge.

On the morning of the 6th of June 1944 the Gondrées were rudely awakened by the sound of gunfire and explosions. Georges made his way to the window where he was shot at by a British soldier mistaking him as a German.  He then took his family down to the cellar to await the outcome.  Later that day he and Thérèsa had been trying to discern the nationality of the soldiers and had decided that they were not German.  Not long afterward there was a knock at the door and Georges met two British Paratroopers, who he showed around so they would be sure there were no German soldiers inside.  Georges and Thérèsa were overcome with joy at the liberation and provided champagne to passing soldiers for the rest of the day.

Café Gondrée has the distinction of being the first French house liberated on D-Day.