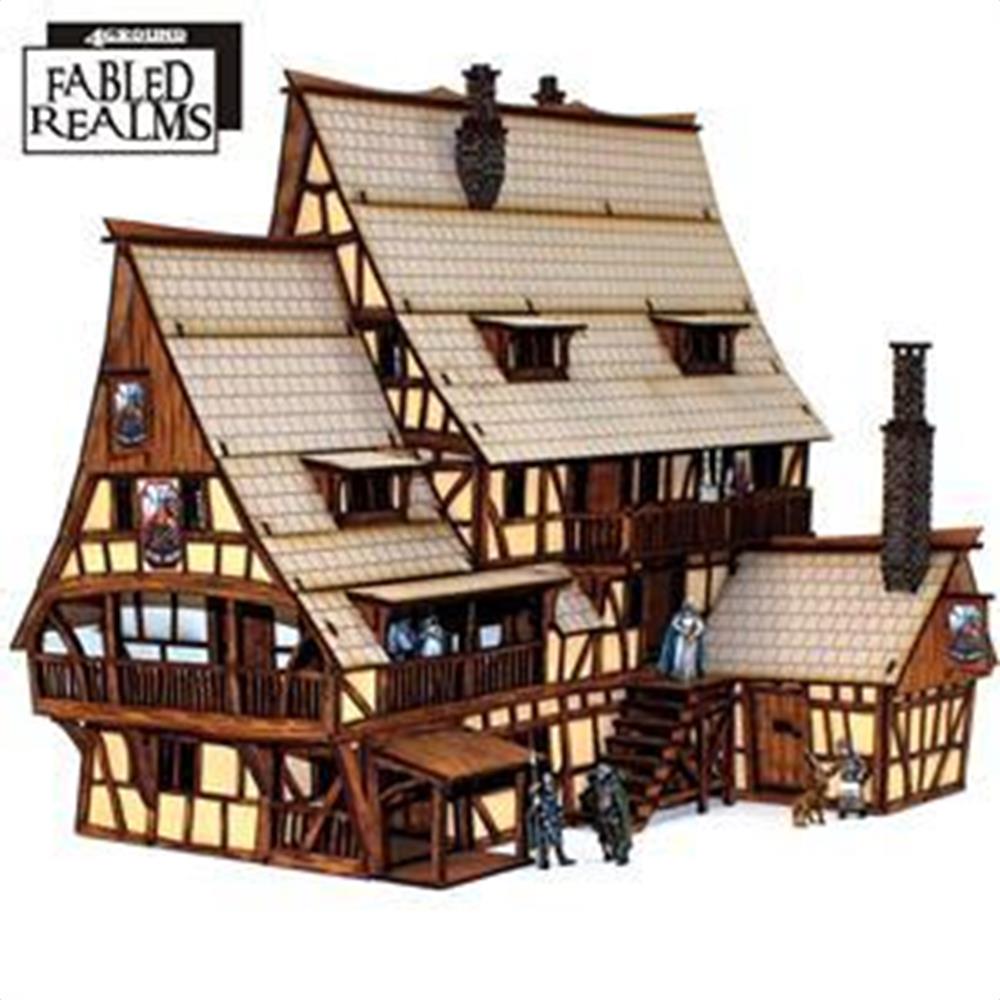 There are no parts of Mordanburg quite so crowded by day, or as deadly by night, as are the alleyways and harbour’s edge of the dockside district known as Mordavig.  Mordavig’s dockside and the first streets that lead away from the water front are already busy, bustling, places by the six bells of morning.   Pressed in as they are between, warehouses, merchant’s offices, wharf cranes, gangways and even wooden lift-bridges, the numerous walkways and allies soon throng with passers by.  Many pass by at their daily work, but many others are new to this great port city and they are looking for a dockside tavern or boarding house to find lodgings before nightfall.

The ‘Stoic Arms’ is a dockside tavern, which, from first appearances, is much like any other of the dozens of taverns on the water front.  Though it’s not so much the ‘Stoic’ that’s unusual as it is ‘Dragoes’ the man who owns this tavern.

Dragoes is a bar man now, but a dozen years ago he was an adventurer in his prime, a master thief; he and his comrade, a dwarf ranger known as Stoic Bracestrap, had a hard won reputation with their guild for getting in and out with what they went after.  But then high in the Carpaths, Dragoes lost his hand from frostbite, it was when he had to man handle Stoic down from the crags.  Stoic’s body was racked with the pain of the poison dart in his thigh.  Dragoes draged his fellow for two days, all the way down to Langaholm, but to no avail as Stoic was soon to pass from this world.  Before he died Stoic told Dragoes where his loot was to be found and asked his friend to have a drink on him.   With all he had saved and Stoic’s hidden hoard, Drogoes did more than have a drink for old Stoic, he bought a tavern and named it after the best friend and companion he ever had.

May take 1-5 to process this item.