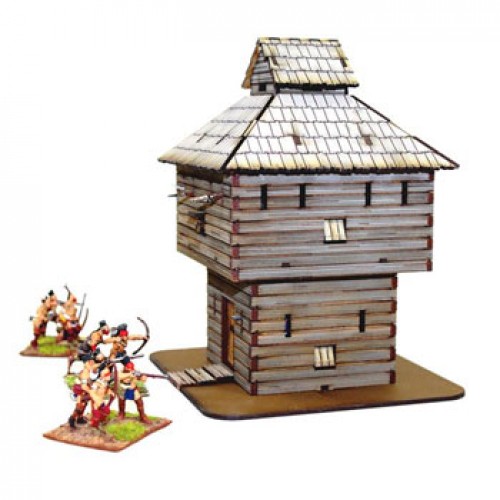 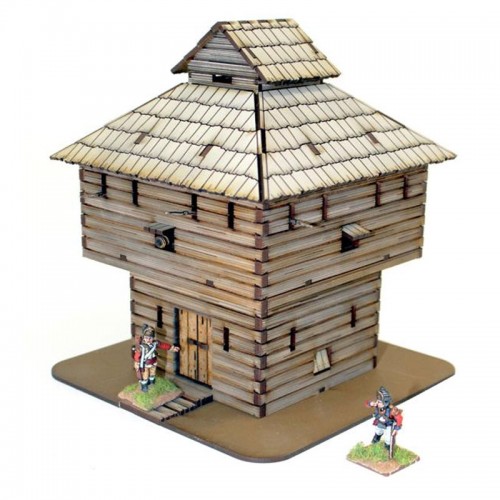 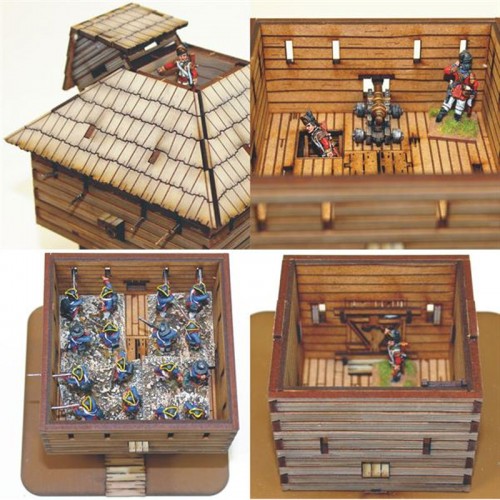 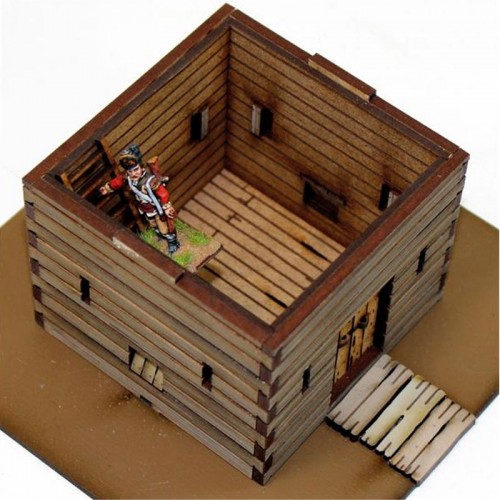 This highly detailed laser cut wargames model joins 4Ground’s growing range of  American Legend buildings.  Like many in the range this building makes an ideal objective or terrain piece for The French Indian Wars, The War Of Independence, The War Of 1812-15, the Civil War, Wild West and even early C20th Prohibition Bootleg Gangs.

Small Blockhouses were often the first line of defence and last bastion of hope until relief, many were built at strategic locations like the banks of major waterways to observe and, if they had even a single cannon, hinder enemy movements.

A Blockhouse could be of a simple rustic construction made by local militia, but this one is much more than that; built by the regular army, a crow’s nest gave even further horizons to observe and a cannon could be raised and lowered through the stout central trap door to shoot through the gunports in any direction and at two elevations.

Weight 600g for postage purposes. Miniatures shown for scale purposes and are not included. See Customer Service page for details of postage charges.