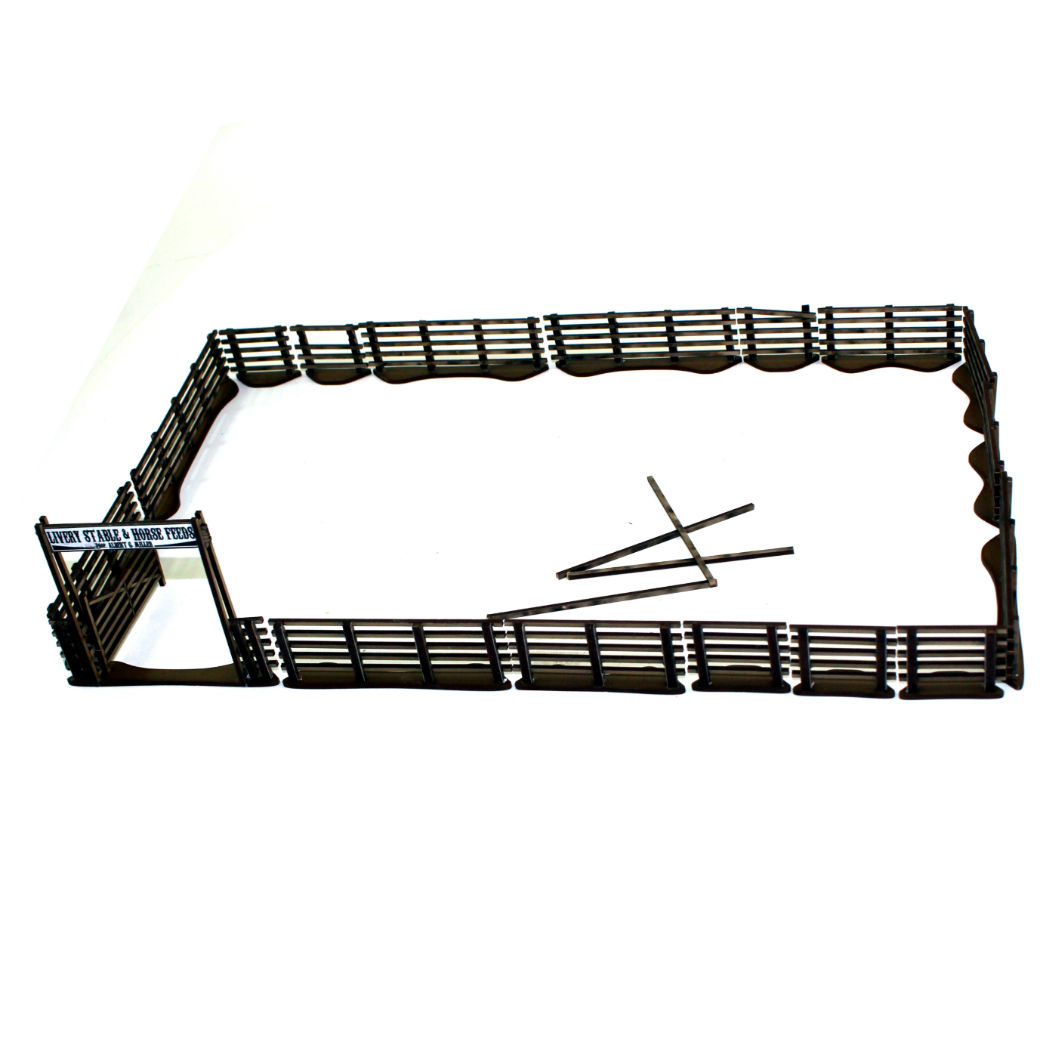 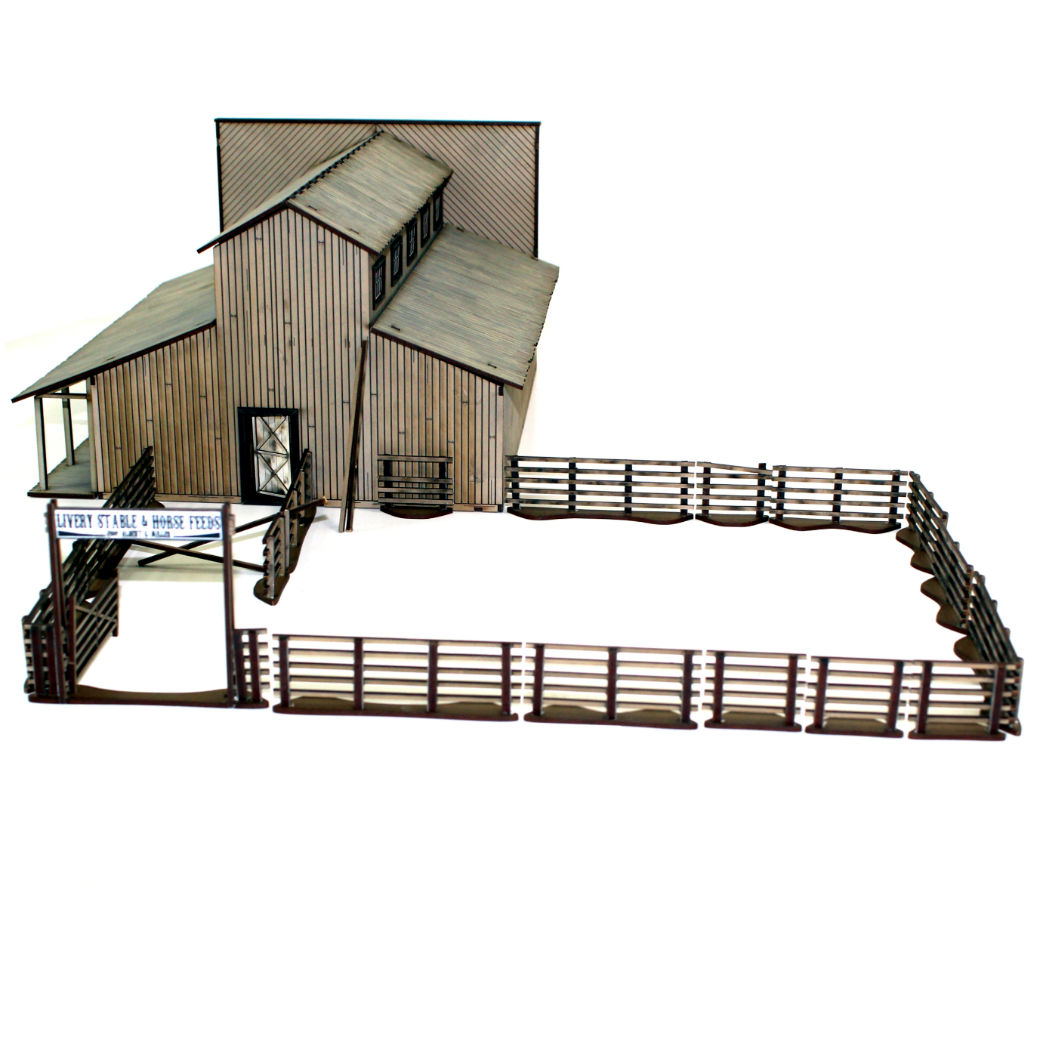 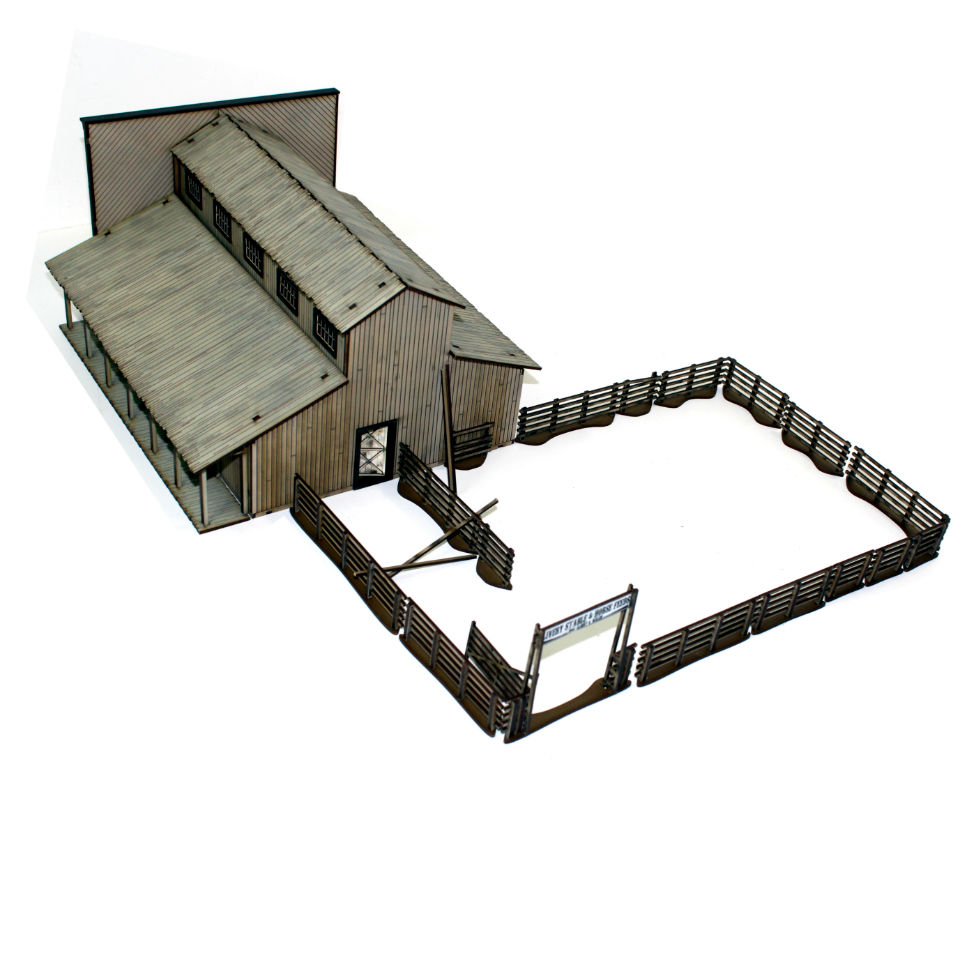 This set of terrain is great for blocking line of sight and impeding movement in your DMH games.

Five Railed Corral Fencing was very different to other fencing, it was much higher than most fences (though you could get seven and even nine railed) and much stronger than almost all other fencing (boarded Corral Fences/Walls were the strongest).  The most obvious distinction with corral fencing was that the rails were always on the stock side, so the press of horses or cattle inside the corral would not easily ‘pop the rails’ enabling livestock to break through.

Horse corrals were more than a place for breaking (teaching) young stock and mustangs to become mounts.  Though corrals were often found outback of Livery Stables and alike, these corrals were usually not there for breaking horses; more often they where places in town to securely keep horses day and night.  Corrals were also often used for cattle; every ranch had at least one corral, most smallholdings would also have one.  To sell their livestock, Cowboys would drive their head (herd) of cattle to the train yard corral, there to be sold and loaded on to cattle freight box wagons and sent to yet another corral, though this one was outside an industrial abattoir (the growing and processing of beef was bigger than all other industries on the prairies of they Old West).

A head of cattle on route to the railway yard corral was known as a ‘Load’ and those that would steal, and sell them on without having paid for the load themselves, were known as ‘freeloaders’.  In the dead of night, corrals kept cattle safer from ‘Freeloading Rustlers’ (rustling was making a noise to get cattle to stampede so you could steal them), as cattle in a corral had no way to run off and stampede.

This pack is fully prepainted so is ready to use as soon as they have been assembled. The only thing added to them in the pictures is PVA Glue.

Model Supplied Unassembled. Miniatures Not Included. Livery Stable is not included and shown for scale purposes only. Weight for postage is 240g.