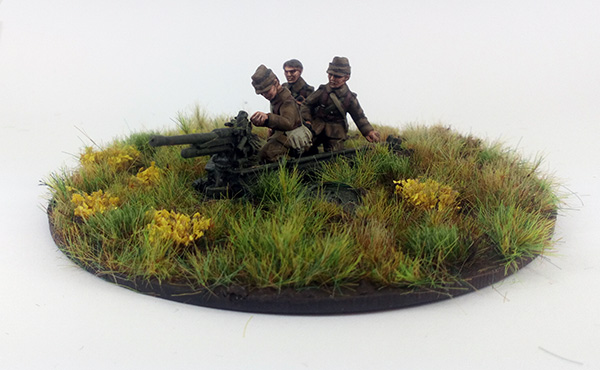 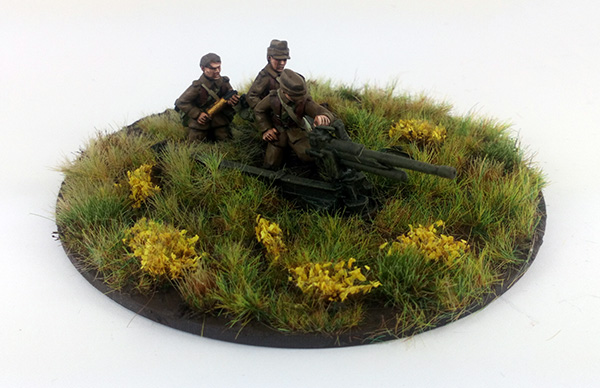 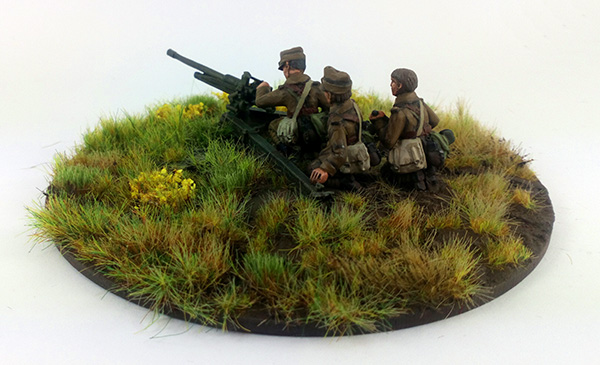 "The Bohler anti-tank gun was produced in Austria starting with 1935, and thereafter the license was acquired by Italy, who produced the gun under the designation Cannone da 47/32 M35. The gun was also employed as infantry gun and mountain gun, as it could be disassembled in parts that could be carried individually. Even if it wasn't very successful in any of these extra roles, the anti-tank capability was satisfactory and a number of nations used this gun during the war: Italy (Cannone da 47/32 M35), Netherlands (Kanon van 4.7), Romania, Soviet Union (M35B), Germany (4.7-cm PaK 187). There were a number of variations regarding the lower carriage, the presence of the shield or the muzzle brake, but the basic gun remained unchanged."

Metal model. Base not included. You will need to gently bend the trails as required. Crew painted by Gareth Beamish, gun and basing by GEG.