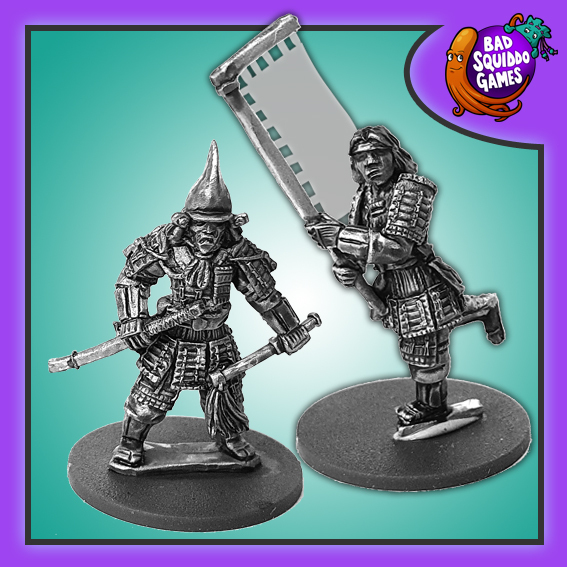 NOTE: The flag part of the banner is not included, but can be easily made with paper or a similar material. You can also add brilliant transfers from other companies. We chose not to cast the banner for realism and to make it easier to manage (ie you can paint a banner flat before attaching) The figure to the left is wearing a full face mask attached to the helmet (becomes more evident when painted!)

Onna-musha (女武者) was a female warrior in pre-modern Japan. These women engaged in battle alongside samurai men mainly in times of need. They were members of the bushi (samurai) class in feudal Japan and were trained in the use of weapons to protect their household, family, and honour in times of war.