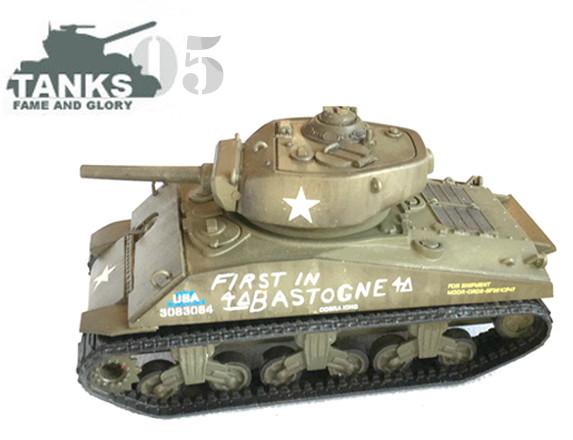 Full kit of an M4A3E2 Jumbo Sherman.  This model depicts the lead assault tank to break the siege of Bastogne in December 1944.

In 1944, combat engineers in Pattons 3rd Armored created a "breakout" tank to lead their armored columns.  With extra layers of hull armor, and an enlarged turret, the M4A3E2 Jumbo was a standoff tank, able to take multiple hits from German Anti-tank guns and armor, allowing the rest of the armored column to return fire.

On Dec 26, 1944, Cobra King led a column of infantry and armor that relieved the encircled Soldiers of the 101st Airborne Division at Bastogne, Belgium.

Decals are included to make the battle version of the tank, or the celebratory version named "First in Bastogne" after the battle.