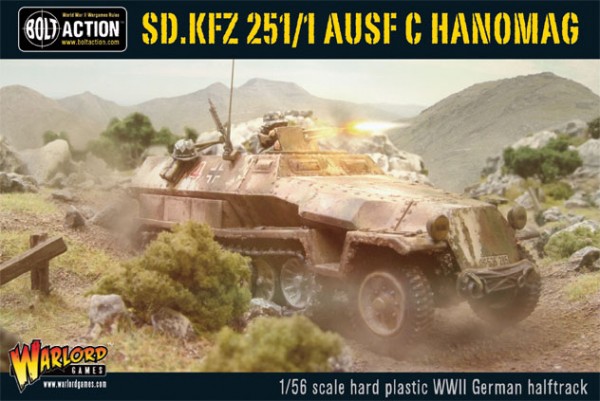 Whilst the principles of Blitzkrieg were being developed it became apparent that for the infantry to take part in this new concept of war that they would need to be transported to keep up with the armour.  The vehicle that was developed from these ideas was the Sd.Kfz. 251, a design which would go on to spawn 23 official variants. Developed by the Hanomag Company, the 251 went through four stages of development, the A and B variants were produced in small numbers and were complex in design and thus build. These were followed by the C and D models; each design becoming simpler to increase production capacity.  The model C had the largest production run but was still quite complex to build featuring a large number of angled plates. The Sd.Kfz. 251/1 C variant was the main transport vehicle of the armoured infantry divisions up until its replacement by the D, although it remained in use throughout the war.