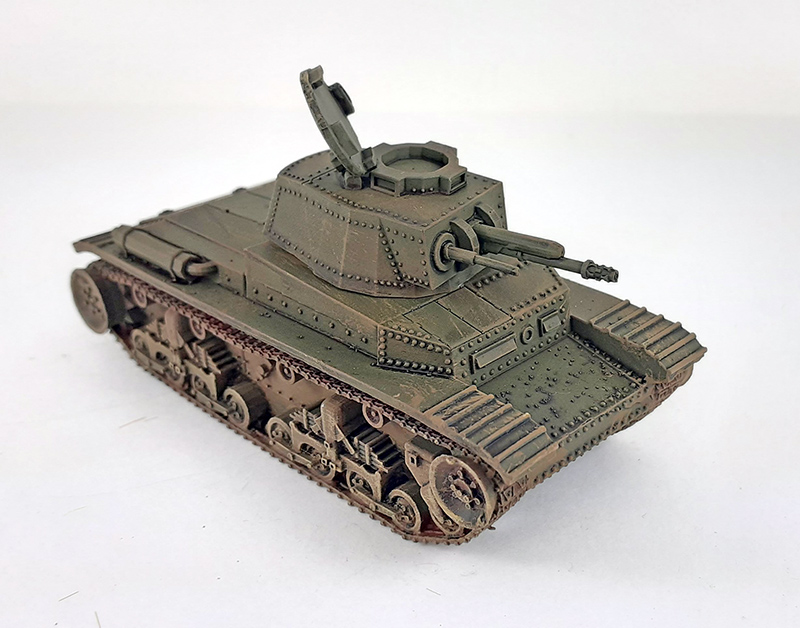 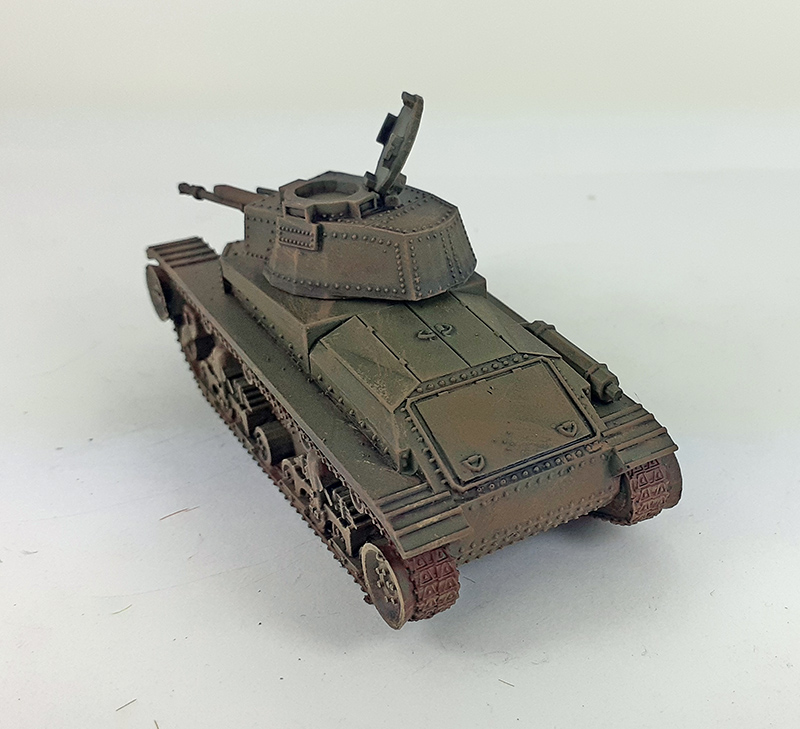 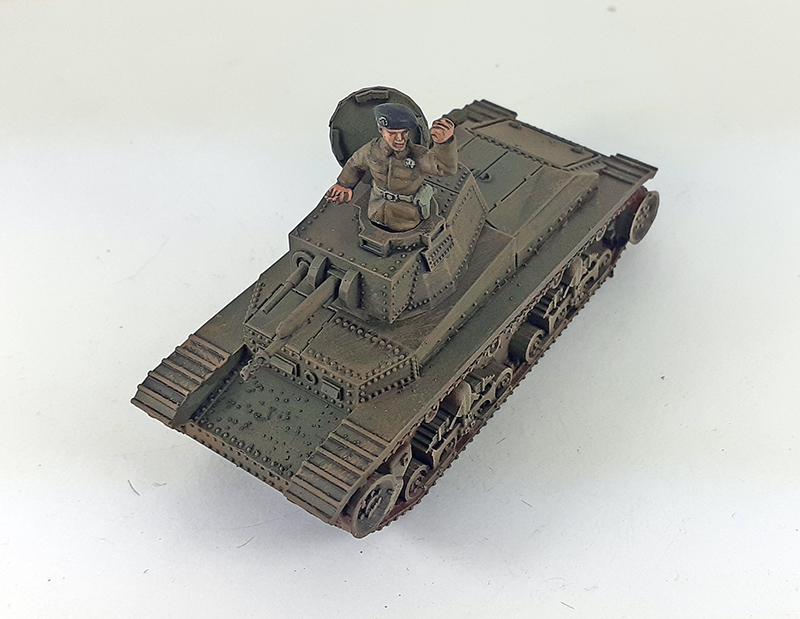 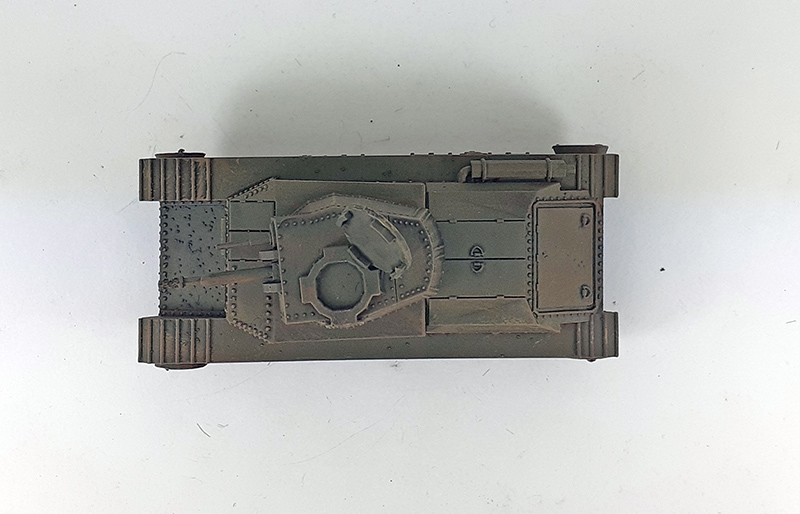 28mm Scale. Resin and metal kit. Tracks, main gun and mg metal. Closed cupola. Sculpted by Oliver Piotrowski, example painted by Glenbrook Games. The R2 tanks manufactured for Romania came in two versions (about half and half): the common R-2 with homogenous armour and the R-2c with cemented armour. Visually, the difference is the shape of the rear hull and turret rear. Commander from pack ROM016 is not included.

As part of the Army modernisation programme started in 1935, in August 1936, 126 Skoda LT vz.35 tanks were ordered from Czechoslovakia. The first 15 tanks were received on 1 May 1937 but they encountered technical problems to the engine that was incompatible with the local climate and fuel. Therefore the tanks were sent back and modified according to Romanian specifications. All of the 126 R-2 tanks were received by 1939 but another order for 382 tanks in mid-1939 was turned down by the Germans. R-2 equipped the 1st Tank Regiment of the Armoured Division during 1941-42. Acting as a shock unit, the Armoured Division achieved considerable successes in the battle for Kishinev, but at Odessa it suffered bitter losses when the R-2 tanks were used in infantry support role, their thin armour making them an easy prey even for the Soviet AT rifles.

At the end of the 1941, campaign 26 R-2 tanks were irrevocably lost and, in 1942, Germany agreed to deliver 26 almost identical but worn Panzerkampfwagen 35(t) to supplement the losses. The Armoured Division finished rebuilding in country in August 1942 and was assigned to the 3rd Army defending the Don's Bend. As the German-Romanian troops were meeting an increasing number of T-34 tanks, the Armoured Division tested the effectiveness of an R-2 against a captured T-34. The test revealed that the T-34 was invulnerable to the 37mm gun of the R-2. During the battle of the Don's Bend, where the Soviet masses of medium and heavy tanks played havoc with the exhausted and poorly equipped Romanian troops, the Armoured Division lost 60 per cent of its combat capacity, crossing the Chir River with nineteen R-2 tanks, some towed by T-3 and T-4 tanks from lack of fuel. The total losses in R-2 tanks at Stalingrad were 27 knocked out, 30 abandoned from lack of fuel and 24 from mechanical failure.

Some surviving R-2s were used by ad-hoc formed armoured detachments in 1944 (Cantemir Mixed Armoured Group on the Bessarabian front and Popescu Armoured Detachment at Ploiesti oil fields). Two R-2 tanks that escaped Soviet seizings in February 1945 were used by the 2nd Tank Regiment during the operations in Czechoslovakia and Austria. Both were lost on 12 April 1945 at Hohenruppersdorf, north-east of Vienna, when 2nd Tank Regiment repulsed a German counterattack with elements of 3rd Panzer, 25th SS and 26th SS Divisions.