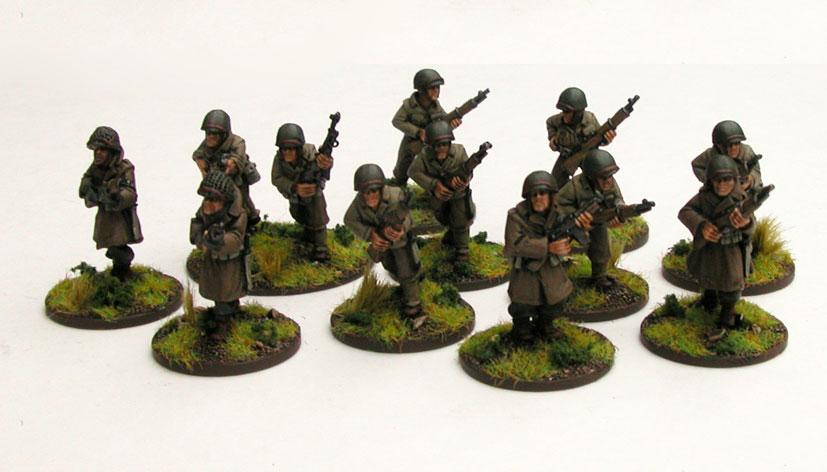 “Wars may be fought with weapons, but they are won by men.”

The industrial might of the United States may have tipped the balance against the Axis, but American men won the hard fought victories in some of the bloodiest battles on the Western Front. Well armed and equipped, the US infantry platoon could lay down a withering amount of fire. This box contains 29 detailed Artizan Designs miniatures, enabling you to field a platoon command and two infantry squads, the basic structure of a US Infantry platoon in Rules of Engagement. These 28mm metal miniatures include 17 riflemen, two BAR teams of two men each, 4 NCO’s, and 4 command figures. The variants of miniatures will be as described but the actual figures may vary from those illustrated.