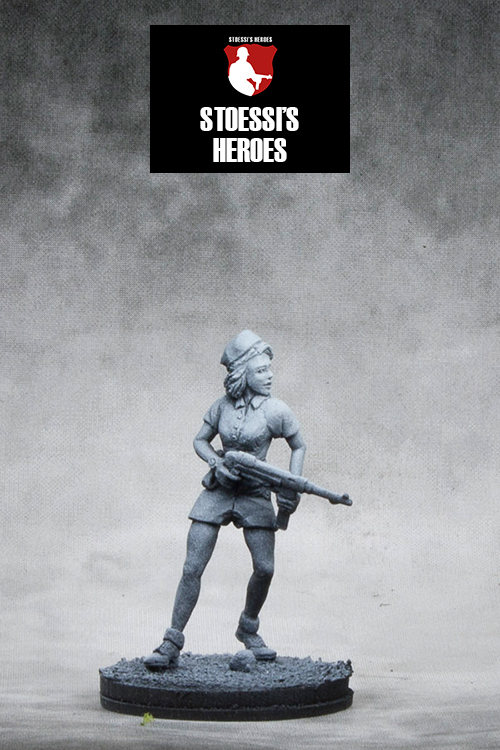 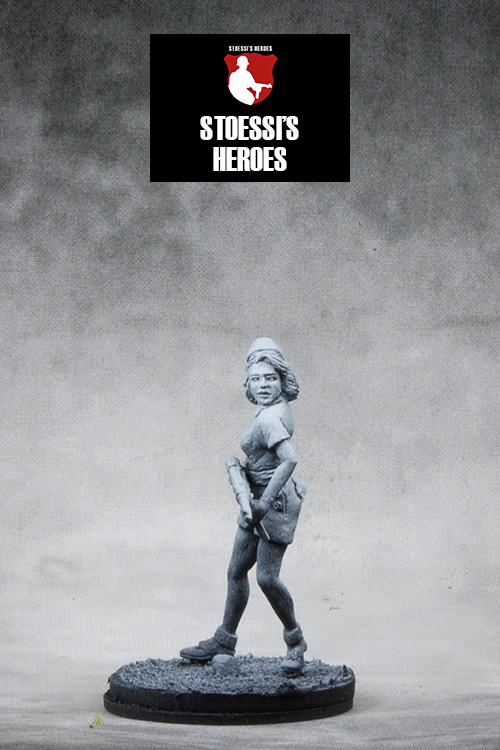 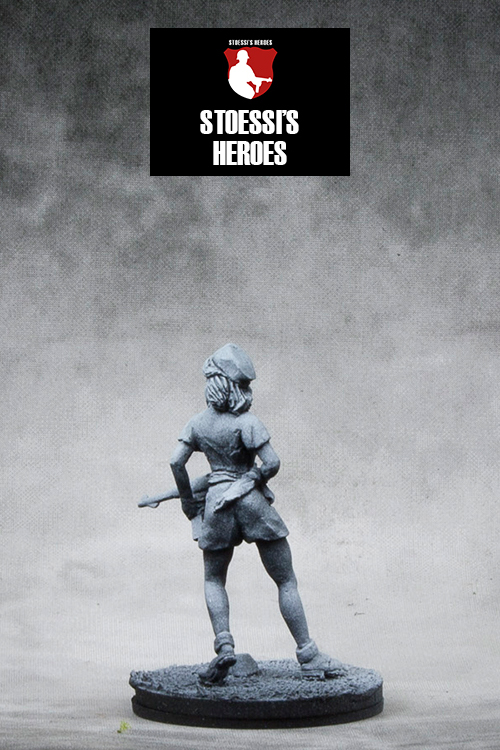 Simone Segouin, also known by her “nom de guerre” Nicole Minet is a former French resistance fighter who served in the Francs-Tireurs et Partisans group (Free-shooters and Partisans, or FTP) – a combat alliance made up of militant communists and French nationalists.

She was credited with capturing 25 Germans and killing several more in the Chartres area. She was also present in Paris during the city’s liberation. For her efforts during the war, she was promoted to the rank of lieutenant and was awarded the Croix de guerre.

Resistance fighter heroine in 28mm – great for Bolt Action and other WW2 wargames.