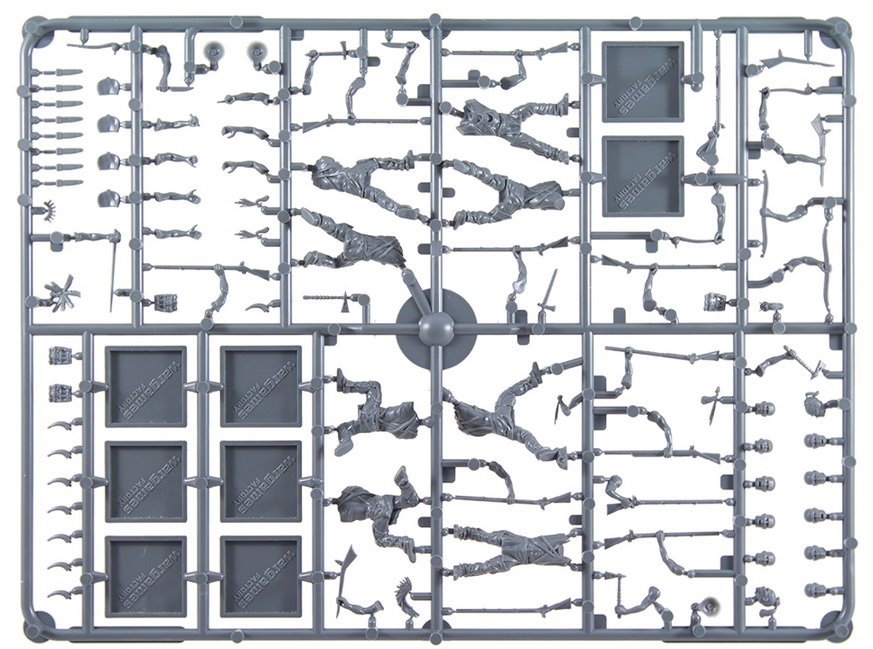 The box set contains 24 highly detailed multi-part plastic miniatures representing more than ten different Native American tribes. The contents are suitable for assembling warriors indicative of the Indian tribes residing in North America during the 18th and early 19th centuries. Contents are the necessary parts to construct 24 Indians plus a myriad of weapons including short bows, muskets, ball-headed clubs and gunstock shaped clubs, tomahawks and knives plus various hair and headdress options.

Native Americans had a familiarity with the countryside that proved invaluable for their White cousins over the years of fighting in North America. Their brutality in combat and cunning ability to adapt to their surroundings made them a useful ally and a threatening enemy. All the nations involved in the fighting in North America called upon the usefulness of the indigenous peoples to wage a new kind of warfare that greatly impacted the future of the United States and Canada.